It’s April 1918. May Keaps is a twenty year old ambulance driver stationed at The Front. As if transporting hideously wounded soldiers, sleep deprivation and constant shell bombardment weren’t enough, she becomes unwittingly entangled in the untimely death of a young captain, Tobias Fairfax.

Newly-arrived in Northern France he was found with a discharged pistol by his side; rumours on the battlefield were that it wasn’t an accident and he had taken the coward’s way out, committing suicide.

Whatever the explanation, Tobias left a dangerous legacy that puts May in the line of fire. But she is not the only one with a reason to want to uncover the truth. And in a world where life can be extinguished in the blink of an eye, May might regret her search for answers…

The Last Post is the haunting introduction to the May Keaps series.

Many thanks to BK Duncan, Bloodhound Books and blog tour organiser Sarah Hardy for the ARC of The Last Post in return for an honest review.

This novella by BK Duncan is a triumph of writing, she has taken a story that is exciting and very moving and formed into a short but utterly compelling read.  We are transported back to the horror of the First World War and the brave actions of our heroine May Keeps, as she seeks to know if Tobias Fairfax died by accident or took his own life. What is mystery behind his life?

Mary is a triumph of a character, brave, kind and determined.  Her determined actions under fire, endeared me to her and has me excited for her future adventures.

I could feel the noise and chaos of war in the pages of this finely tuned novella. The noise of the bombs, the battles raging between the trenches and behind the lines was described with great skill by the writer. It almost felt like you where there with May, caught up as she was in a battle for daily survival.

I can’t wait to read more of Molly’s adventures and I’m excited to follow her in future novels.  This a great introduction and a tempting treat, 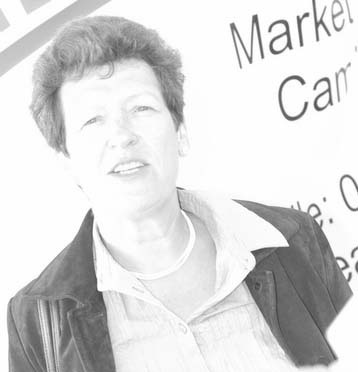 BK Duncan is the pen name Ruth Wade has adopted for the May Keaps series of historical crime novels.

Born on a steam railway and brought up on the South Coast of England, such beginnings were destined to leave BK Duncan with a love of vintage transport, crashing seas, and Art Deco architecture.

Following a career encompassing developmental learning and change-management consultancy she now combines producing her own work with lecturing part-time in creative writing in colleges and academies in Cambridge and Oxford. Her two great passions are longbow archery and the Argentine Tango. Sadly, she is not nearly as accomplished at either as she’d like.

The author can be followed on these social media sites.