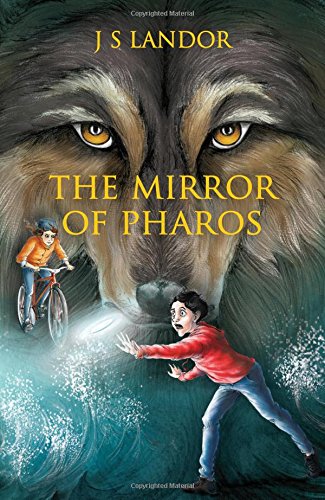 Jack Tideswell’s parents died in a diving accident while exploring the underwater ruins of the ancient Pharos lighthouse. So Jack wants nothing to do with adventure. Until that is, a seagull delivers a strange disc, addressed to him in his own handwriting.

In the blink of an eye, all kinds of magic are let loose, sending Jack on a dangerous journey. Can he learn to navigate time before it’s too late to save the one person who can help him unravel the secrets of the disc?

Whether he likes it or not, there’s no more hiding away. And no looking back. Especially when Alpha is watching. A wolf who sees all there is to see …

‘A wonderful mix of magic and reality that reminds me of the early books in the Harry Potter series.’ The Bookbag

Firstly I would like to thank the author J S Landor, publisher Matador and blog tour organiser Anne Cater for the ARC of The Mirror of Pharos in return for an honest review.
I think the greatest complement I can pay this book, is that it reminded me of long days curled up with a paperback as a child. Completely absorbed in an adventure and cut off from the world around me. The Mirror of Pharos took me back to that time and I loved every second of it.
Full of adventure and magic, it’s a book I would without hesitation recommend to all ages. As the Harry Potter series has come to be read and loved by adults and children alike, so I believe The Mirror of Pharos will also. It captures the essence of what an excellent YA book should be about, great characterisation and a strong flowing storyline. Young readers need a hook that draws them into a story and distracts them from other demands on their time just like adults, but with them it is computer games or social media. So stories need to have that extra something special and The Mirror of Pharos has that, it has magic and wonder.
In young Jack Tideswell , the story has a hero the reader will find easy to fall in love with. He is brave and yet vulnerable, attributes so many youthful readers of all ages will find easy to identify with. He is not then only wonderful character, there is his Nan with whom he lives after the death of his parents. She is eccentric and loving and they form a different type of family set up, which so many children will recognise and it will help them feel a part of the story. I myself come from a family/friendship group where the children have been mainly influenced by strong female roles models and I would be proud to introduce them to this magical story as they grow into what I hope are lifelong readers.
If you’re reading this in paperback form, there also is a delightful surprise at the corner of the page as you read, showing that the author and publisher care deeply about the importance of imagery in books for younger readers! It is extra touches such as this, that show how much they care about the reader and the story being told.
Magical and full of adventure,  The Mirror of Pharos is a splendid reading experience and I will cherish it for many years to come.

You can purchase The Mirror of Pharos from Amazon 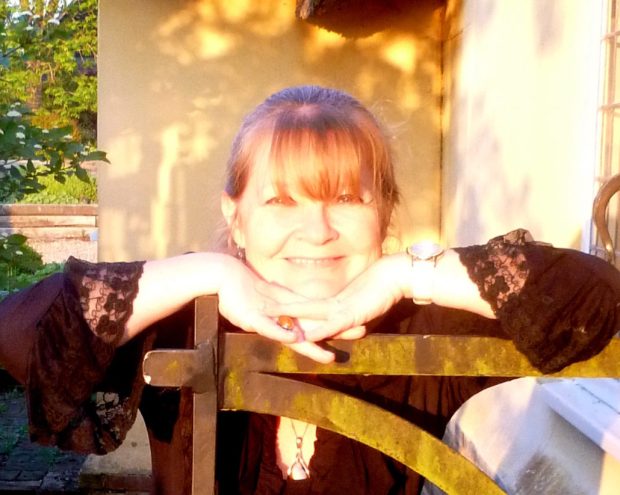 I grew up in Luton, an industrial town famous for making hats. Dad was an engineer, Mum was Mum, and my little brother, Steve, was a big pest – and my best friend. Life was fairly ordinary. Until, one day, adventure called. We packed up our belongings in a crate and sailed on an ocean liner to Canada.

The crossing took a whole week, an epic voyage for a five-year-old. That amount of rolling sea is not easily forgotten! Nor the seagulls. Nor the slot machine that unexpectedly unloaded such a heap of coins I mistakenly thought I was rich. No surprise that years later the ship (or a fictional version of her) sailed right into one of my stories: The Mirror of Pharos.

As an eight-year old returning to primary school in Luton I was the odd one out. When my funny accent caused some teasing I felt sad and missed my old home in Toronto. But some great new friends soon came to the rescue. And by then I was a bookworm so half my buddies were characters in stories anyway!

After school I studied literature at university and edited a magazine called Magus (look out for that word in the story). Later I became a journalist, a farmer and eventually a publishing editor. But all the while another adventure was beckoning. Someone had whispered a secret to me on a school field trip when I was just seven. Looking back it shaped my destiny. It’s the reason I became a storyteller. 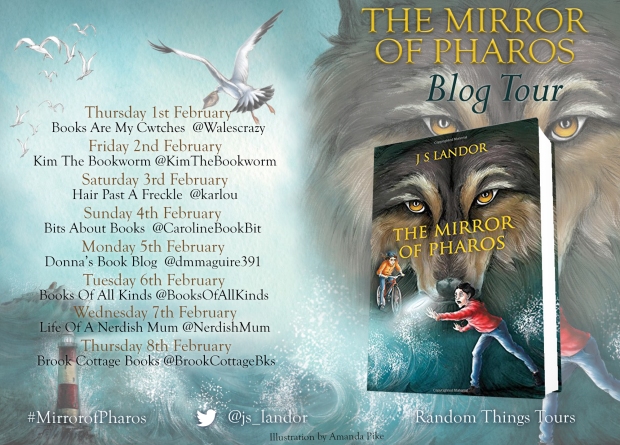 4 thoughts on “Blog Tour ~ Review ~ The Mirror of Pharos by J S Landor #YA Fiction.”