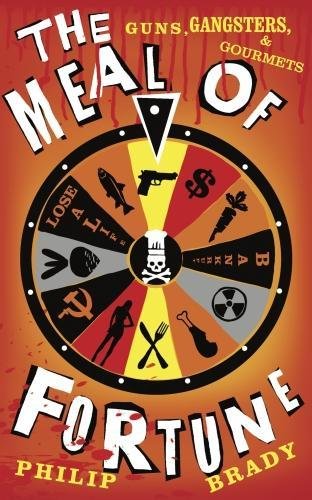 The world of arms dealing, espionage and TV cookery collide in this fast moving comedy caper. Failing celebrity agent Dermot Jack thinks his luck might have turned when a mysterious Russian oligarch hires him to represent his pop star daughter.  Disaffected MI5 officer Anna Preston is just as happy to be handed the chance to resurrect her own career. Little do they know that their paths are about to cross again after seventeen years as they’re thrown together in a desperate attempt to lure a notorious arms dealer into a highly unusual trap.  Hard enough without having to deal with the lecherous celebrity chef trying to save his daytime TV career or the diminutive mafia enforcer who definitely has his own agenda. Then there’s the very impatient loan shark who ‘just wants his money back’.  And Anna’s bosses are hardly playing it straight either. But one thing’s for sure. There’ll be winners and losers when the Meal of Fortune finally stops spinning. Oh, and another thing, Anna and Dermot are absolutely not about to fall in love again. That’s never going to happen, OK?

Firstly I would like to thank the author Phil Brady, publisher Unbound and blog tour organiser Anne Cater for the ARC of The Meal of Fortune in return for an honest review.

If I were to list all the reasons I loved this book, it would be a very long list!

There I am going to concentrate on just three.  The first is the humour. I love a thriller that manages to entertain me, but I really love a thriller that manages to make me laugh as well.  This book had me chuckling over and over and that has to be one of the main reasons I enjoyed it so much.  Thrillers don’t often make you laugh out loud, but The Meal Of Fortune did. The humour never buries the thriller aspects, just eases the tension and gives it a very individual feel.

Another reason I loved it was the way Phil Brady managed to surprise me at so many points in the story.  I honestly didn’t see the twists and turns coming and this increased my enjoyment tenfold. It rollicks along, keeping the tension going, with some light relief, but always leaves you feeling off balance, in the way a good thriller should.

Finally I loved the characters, who were warm, funny and flawed enough to make them interesting, but easy to like and very interesting.  Celebrity agent Dermot Jack might be a bit if an idiot on times, but I really liked him.  Anna Preston I adored for her determination and dedication.  They make a great team and I hope to read many more adventures that include them.

Without hesitation I would recommend The Meal of Fortune, if your looking for a funny and enjoyable thriller.

The Meal of Fortune can be purchased from Amazon. 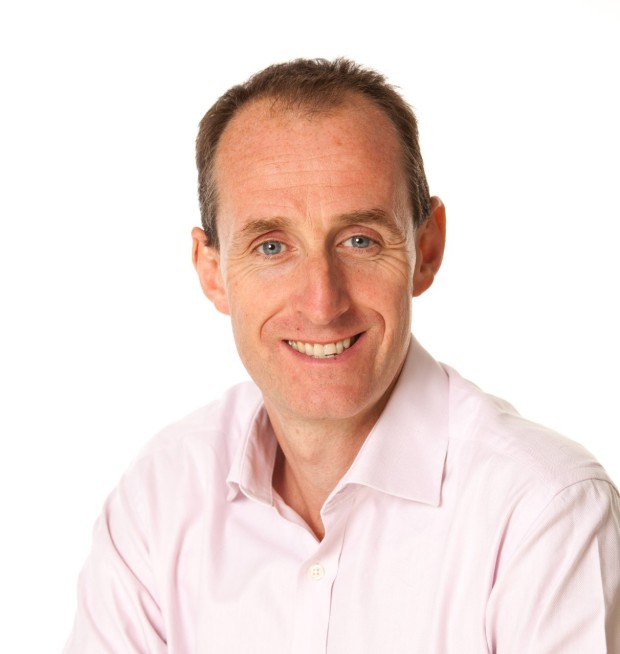 I was first inspired to write when I read Lord of The Rings as a child. Back then the ambition was to create a whole fantasy world with dragons and sword fights. Sadly George RR Martin seems to have cornered that market, so I now try to comedy thrillers set in the (almost) real world instead. These feature spies, gangsters, vicious (if feckless) criminals, washed-up private detectives and daytime TV presenters. The Meal of Fortune is my first published novel. It is the first in a planned trilogy of comedy thrillers parodying society’s obsession with celebrity.
The follow-up, Tinker Tailor Solider Chef, sees the characters reunited in an attempt to foil a plot by the world’s most secretive intelligence agency (The Belgians) to bring the UK economy to its knees. The final book, centres on a referendum in Wales to decide whether the country should sell itself to an international technology giant for use as a conveniently located tax haven. It will be loosely based on the hilarious 80s film Local Hero.
My main rule in life is to never let tomato ketchup touch any food that is green. I am yet to work out any deep meaning behind this and suspect it is not the soundest of principles by which to live your life. But it’s better than quite a few I’ve come across down the years. Best not to get started on that one though.
I live in London with my fantastic wife and two remarkable children and didn’t vote for BREXIT. 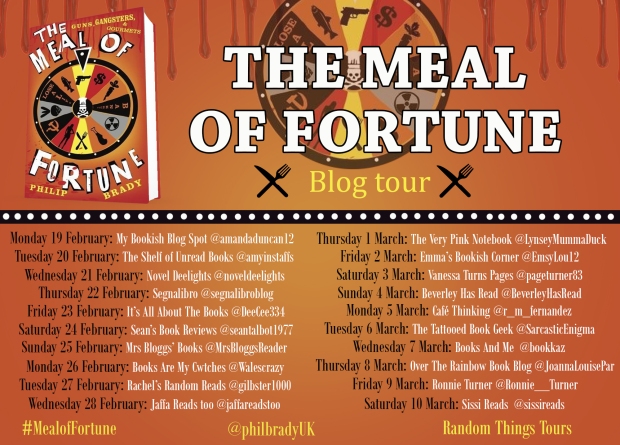 2 thoughts on “Blog Tour ~ Review ~ The Meal Of Fortune by Phil Brady.”