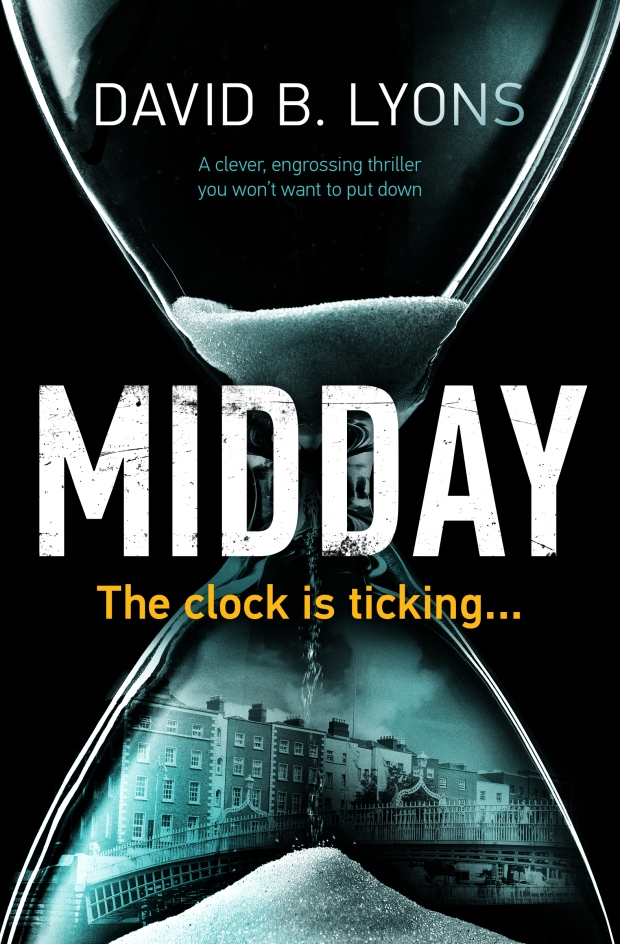 When his alarm goes off at 7am, successful bank manager Vincent assumes he is waking up to an ordinary working day. He couldn’t be more wrong.

Darragh, a young man with aspirations to become a gangster, forces his wayi nto the Dublin penthouse Vincent shares with his lover Ryan, telling Vincent he has until midday to steal eight million euros from the banks he manages. If he doesn’t return by the deadline, his boyfriend will receive a bullet to the head.

But all is not as it seems.

When the clock strikes midday, will they all be alive?

And who is really in danger?

I would like to thank the author, Bloodhound publishing and blog tour organiser Sarah Hardy for the ARC of Midday in return for an honest review.
When you read the blurb for a book, you wonder if the words they use such as unpredictable really describe what you are about to read. Well bugger me, they certainly do when used in connection with Midday. All the action takes place between 7am and 12 midday on the same day and as a result the story is tight, thrilling and explosive. It is like being on a roller coaster, you go up, rapidly down, tight thrilling turns and this is what it’s like reading this compulsive read. I was convinced I knew the path the writer was leading me down and I was proved very wrong. The story and the writing are first class. I love thrillers to be action packed, but not at the cost of characterisation and we get to know the background to all four characters, which are weaved into the fabric of the story. I was delighted to have what most pleases me in this genre, fast paced plot, strong believeable characters and a plot you can believe in. No time to get bogged down in details, yet on point to the extent, you literally can’t pull your eyes away from the page.

I often say I would happily recommend books to friends and family, and it’s true all the time and in connection with Midday. If you want a storyline that we excite you than this is the book to be reading. Give it a go because if you love thrillers, it would be a shame to miss this one.

You can buy Midday in ebook and paperback from Amazon. 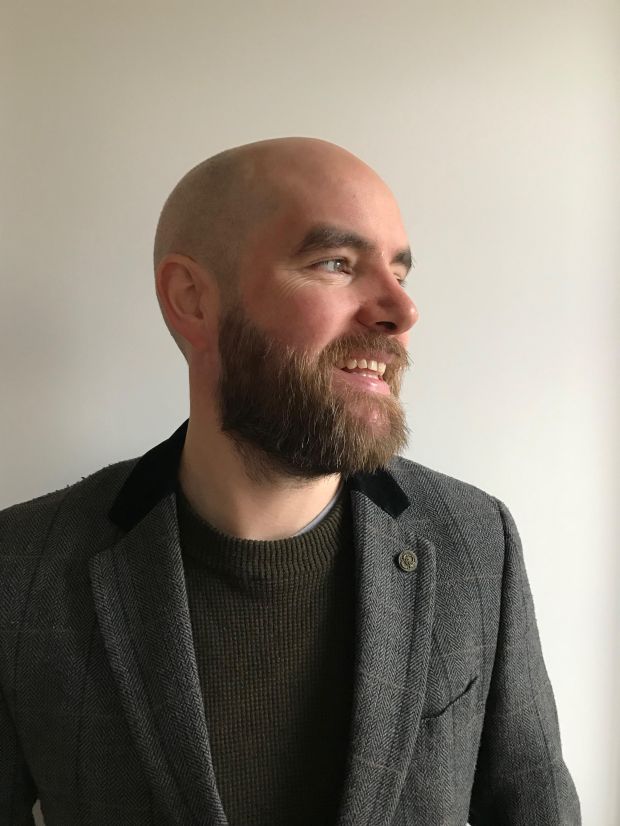 Dublin-born author David B. Lyons has a new twist on the psychological thriller. His debut, Midday, will be released on March 22nd and promises readers a thrilling ride. It’s the story of the same extraordinary morning, told from the perspective of four different characters.

David comes from a journalistic background. He worked, mainly, in the areas of football and music reporting for over 12-years, notching a few awards along the way. He tried to write creatively in his spare time, but found the formulaic writing nature of his day job a hindrance. He met with producers about both a play and a TV pilot he had written, but both fell short of being green lit, much to his disappointed. However, it gave him the opportunity to fulfil a life-log dream of finally penning a novel. He completed a BA Hons Degree in Creative Writing and soon after, completed Midday. Three months later, that debut was picked up by Bloodhound Books and early buzz suggests a promising writing career lies ahead for the thirty-nine-year-old.

He now lives in Birmingham, UK with his wife Kerry and daughter Lola. He has read fiction all of his life and notes Dean Koontz as a real inspiration. He is also a big fan of Gillian Flynn as well as rising star Liz Nugent. 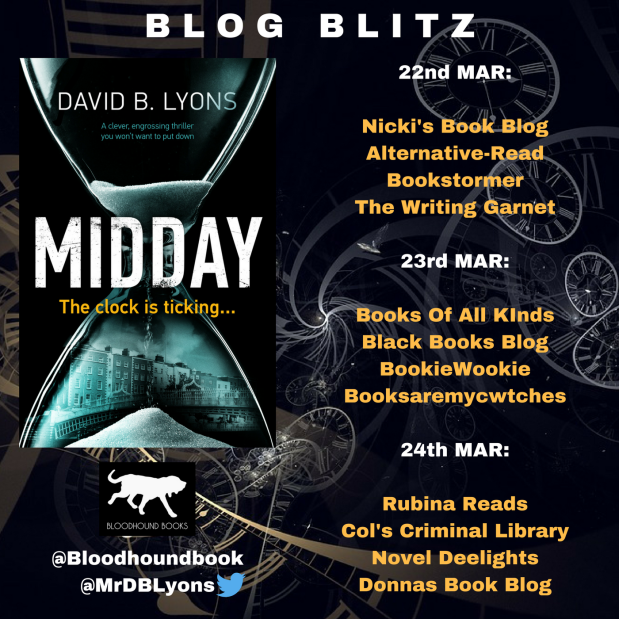