Barry encounters an evil force of Witches intent on capturing the minds of young children with a view to making themselves more and more powerful. Barry finds other Spiders along the way to help him stop their plans and together they battle for the upper hand.
Throughout the story there are constant references to The Spider Chronicles because it is a book of instruction, philosophy and meaning whose teachings are to be both followed and believed if good is to prevail over evil. Sometimes the content is easily understood but it cannot always be so and readers of all ages must seek the many messages being delivered.
The way Barry’s life evolves is quickly read but hard to forget; there are many threads to follow and weave. This story could stay with you for years to come.

Many thanks to Clink Street Publishing, the author Alun Davies and blog tour organiser Rachel Gilbey for the ARC of Barry and The Chronicles in return for an honest review.
This is a book is a charming tale of a spider who battles the forces of the evil witches, with the help of other spiders. It is told in way that challenges the young reader to delve into the messages within the story, of what it takes to be brave and stand up for others. Overall I enjoyed the story, which was told in a way most young readers could follow. It has grand themes which will excite them and a hero who is brave and determined, without using language they may struggle to read. I like Barry and I think young readers will to, because he is simply made of the stuff that hero’s are made of, bravery and an sense of adventure.
I do think the story would have benefited from illustrations throughout and though I think some readers may struggle with some of the grander themes in the book and need parents to read with them, shared family reading time is one of my favorite things and I think this book is perfect for this.

I can’t wait to share this with my god children.

Barry And The Chronicles can be purchased from Amazon.

You can follow this link to watch an animation with music written by the author.

Originating from the South Wales Valleys, Alun Davies had a varied and extensive career including roles in the Civil Service and international trade and accountancy practices before starting his own business. Now retired he lives in London with his wife and three grown up children. In his spare time he writes music and has written original songs to accompany the release of the animation. 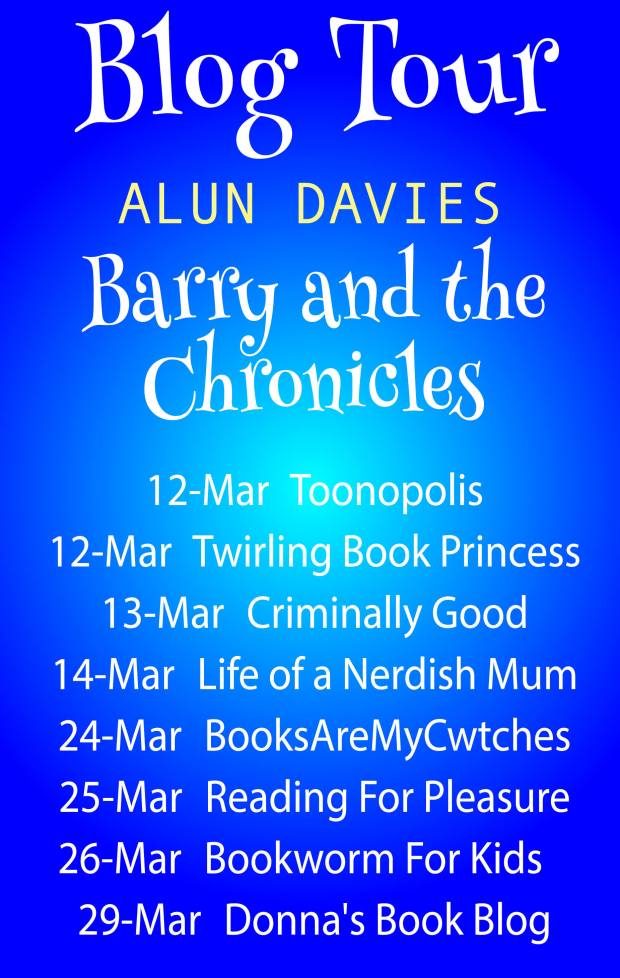