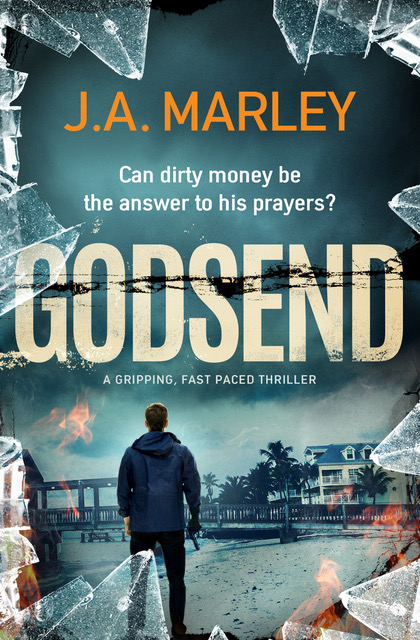 It has been eighteen months since Danny Felix pulled off the robbery of his life.  His plan brought London to a standstill, but at a heavy price.

Now, living a quiet life running a charter fishing business in the Florida Keys, Danny is trying to come to terms with the death and destruction he had unwittingly unleashed. However, the low profile is beginning to wear thin and he soon starts to crave the adrenalin rush of his former criminal ways.

Little does he know that three very different women are about to enter his life and turn it upside-down. Soon Danny finds himself right back in the action.

But why has he been chosen? And does he have the appetite to pull off another job where the stakes are so lethally high?

Many thanks to Bloodhound Books, J A Marley and blog tour organiser Sarah Hardy for the ARC of Godsend in return for an honest review.

I feel like simply saying I loved this book.

There you go that’s my review. I loved it. I really thought it was fabulous. It is everything a thriller should be. You should read it.

I should definitely write more though. Because this book deserves it.

There is a hero, sort of an ‘anti hero’ in fact, who you shouldn’t really root for, but I can’t help it. I know he is a criminal, but from Standstill, the first in the series, I could sense his vulnerability and just liked him. Danny is one of my all time favourite characters. I was chuffed that J A Marley didn’t just leave him as the action packed criminal mastermind, but has given him more emotional depth in his second outing. His heart is hurting in Godsend and it makes him all the more appealing as a character.

The story romps along like a high speed train. With has a villain I just loved to hate. No heart, no vulnerability, just pure evilness. You need that in a thriller. Someone you just want to meet a nasty ending, who makes you angry, makes your skill crawl. He is there in Godsend and I hate him as much as I love Danny Felix.

Godsend works well as a standalone, but I would personally start with Standstill and you get two servings of a fabulous character and you take a roller coaster ride with him.

I still maintain that he would be perfect film material, just not Tom Cruise okay! Don’t ever cast Tom Cruise as Danny Felix!

Godsend can be purchased from Amazon 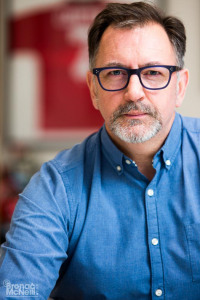 John A. Marley’s writing career started with a poem about two brothers who both liked sausages…their names were Butch and Dutch and his Primary School teacher Mr. Murray liked it so much it made the main noticeboard at the entrance to Holy Child Primary School in West Belfast.  A little older but none the wiser, he ended up as a film journalist in his native Northern Ireland, contributing to local newspapers, BBC Radio Ulster and latterly writing as the main film critic for the glossy magazine, Northern Woman.

John’s love of good stories came from the Irish predilection for telling a good yarn and the fact that there was nothing quite like sneaking away his Dad’s battered paperbacks to read even though he knew they were meant for adults and not kids. And so pulp fiction such as The Edge Westerns by George G. Gilman, the adventure novels of Alistair MacLean and the thrillers of Jack Higgins all served to whet his appetite for a good story told at pace.

These days, his reading tastes still focus on thrills, spills and good plot and he can’t walk by a James Lee Burke or an Elmore Leonard without pausing to read a few pages…even if it is in a busy bookshop.

John A. Marley is also a TV producer with a proven track record in creating and producing distinctive, original entertainment and factual programming and formats for both a UK and international audience. His eclectic portfolio of high-profile shows include Britain’s Ultimate Pilots: Inside the RAF, Britain’s Flying Past, Staraoke, Best of Friends, Skatoony, Noel’s House Party, Through the Keyhole, SMTV:Live/CD:UK, How Euro Are You? and live coverage of “The Oscars” with Barry Norman.

John runs his own production company Archie Productions which he launched in 2008. Prior to setting up his own indie, John enjoyed a wide and varied career in television will creative roles at Talent Television, Planet 24, Carlton Television and Walt Disney UK. John’s broadcast media career started in his native Northern Ireland as a radio host.

Godsend is the follow up to John’s debut novel, Standstill in which we first met master thief Danny Felix. 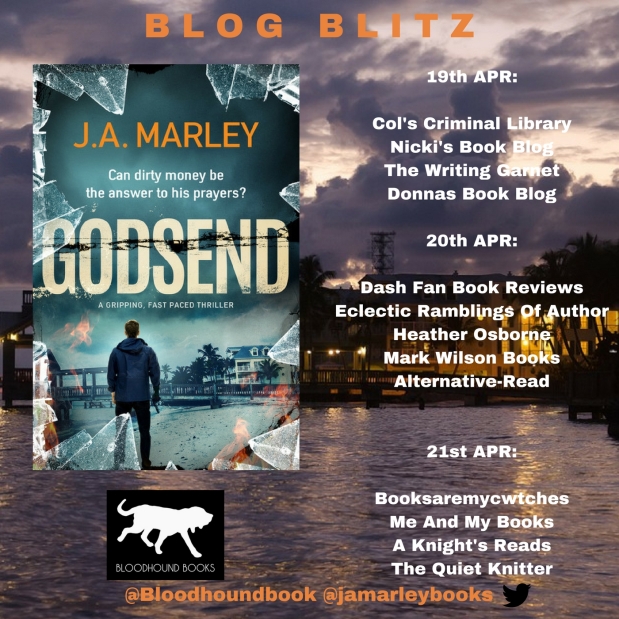