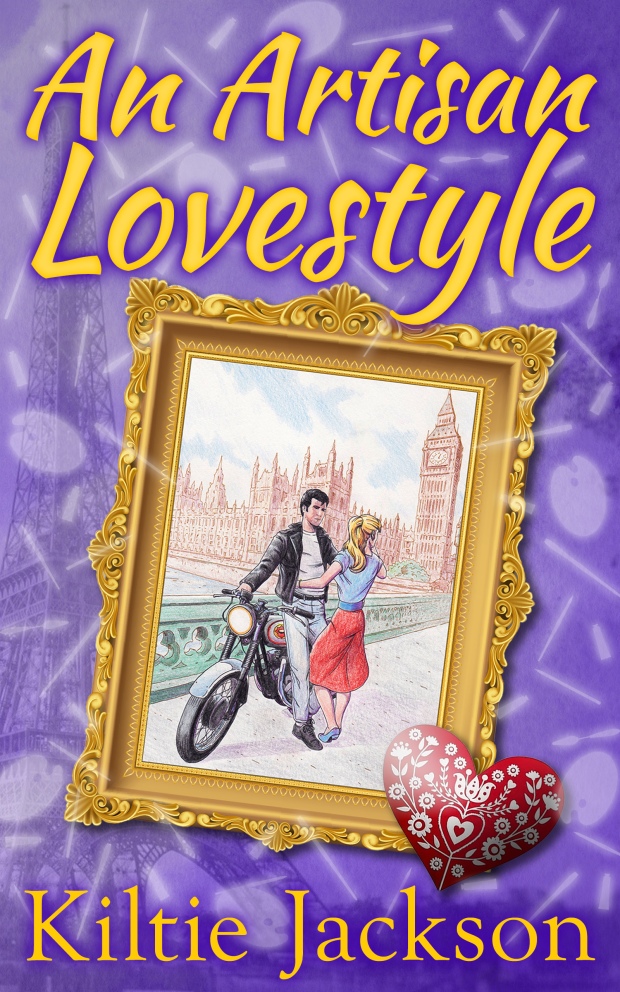 Are you ‘living’ your life or just living your life?

Elsa Clairmont was widowed barely five years after marrying her childhood sweetheart. She has struggled to come to terms with the loss and, six years later, has almost ceased to live herself. She does just enough to get by.

Danny Delaney is the ultimate ‘Mr Nice Guy’. He’s kind, caring and sweet. A talented artist in his teens, his abusive mother ruined his career in art and he turned his back on his exceptional gift. Now, he does just enough to get by.

On New Year’s Eve, both Danny and Elsa die in unrelated accidents.

Thanks to some poker playing shenanigans, Elsa’s husband Harry, and Danny’s old Art teacher, William, manage to orchestrate a deal with Death that allows Danny and Elsa to live for one more year on the condition they both agree
to complete three tasks.

They have until the last chime of Big Ben on the 31st December
to fulfil their quests.

If they succeed, they stay in the world of the living.

If they should fail however…

‘An Artisan Lovestyle’ is a story of personal growth and self-discovery as two people find themselves forced to make overdue changes in their lives, changes in other people’s lives, and all with the added challenge of
finding true love before their time runs out.

Will they do it?

Can they do it?

After all, it’s a matter of Life or Death…

Kiltie grew up in Glasgow in Scotland,   This is a very unique city with a very unique way of looking at life.
When she was old enough to do so, she moved to London and then, after several years of obtaining interesting experiences -which are  finding their way into her writing – she moved up to the Midlands.  Kiltie currently lives in Staffordshire with five cats and one grumpy husband.  Her little home is known as Moggy Towers, even though despite having  plenty of moggies, there are no towers!
The cats kindly allow her and Mr Mogs to share their house on the  condition they keep paying the mortgage!  She loves reading, watching movies, and visiting old castles.  She really dislikes going to the gym!  Her biggest desire is that one day she can give up the day job  and write her stories for a living.

Kiltie’s debut novel, ‘A Rock ‘n’ Roll Lovestyle’, was released in September 2017 and won
a “Chill With A Book – Reader Award” in December 2017.
She first began writing her debut novel eleven years before it was released but shelved  it as she didn’t think it was very good. In November 2016 when, having read more on a best-selling author who had begun  her own career as a self-published author, she was inspired to revisit the unfinished
manuscript and finally finish what she had started. Since beginning to write again, the ideas have not stopped flowing.  ‘An Artisan Lovestyle’ is the second book in the Lovestyle Series.
Work is due to begin on book three (not yet titled but also part of the Lovestyle Series) in the Summer of 2018.   She currently has a further ten plots and ideas stored in her file (it’s costing a  fortune in USB drives as each story has its own memory stick!) and  the ideas still keep on coming.  Kiltie now lives her life around the following three quotes:  “I love having weird dreams, they’re great fodder for book plots!” “Why wait for your ship to come in when you can swim out to meet it?” “Old enough to know better, young enough not to care!”