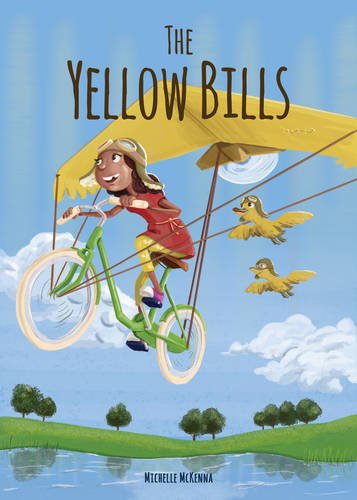 Mya loves planes and wants to be a pilot when she grows up. As luck would have it she comes across a flying school run by lieutenant Drake who awards his pupils splendid pilot hats when they graduate. Mya wants to join the class but there’s just one problem. She’s not a duck! Could Goose the little duckling with big flying ambitions be the key to Mya getting her pilot’s hat? Or will Mr Sour the teacher who never quite made the grade have other ideas…Inspired by authors such as Lewis Carroll, Roald Dahl and Angela Sommer-Bodenburg, Michelle weaves a story with the humour and invention of Nick Ward’s ‘Charlie Small’ series meets Dick King Smith’s wonder of the animal world.

I would like to thank the author, publisher and blog tour organiser Anne Cater for the ARC in return for an honest review.
The Yellow Bill is a sweet, funny and charming tale of a young girl who wants to learn to fly and the ducks who befriend her.
I loved that it’s a story full of adventure, with a sense of innocence that reminded me of the books I loved when I was young. Michelle Mckenna taps into a world beyond the all consuming world of computer games and takes the reader back to days spent in the garden, when a tree can become a lookout station and a hole in the hedge an entrance into a different world. It’s that sense of a less complicated world, which makes this book so special.
The character of Mya is perfect. There is still a tendency to make the main character male, because boys are considered more adventures! So I was so excited to come across a story, where the ‘hero’ is a young, feisty, determined girl, who is daring and enterprising. It’s a book I would share with my god children, because it has a main character that shows them that following your dreams is possible if you are given the freedom to fly. Goose is the perfect friend for Mya, because he believes in her and encourages her to get her pilots hat, when so many tell her to keep her feet planted firmly on the ground.
A special mention must go to Steven Johnson who has brought Mya, Goose and the other characters to life in a series of charming illustrations that capture Mya’s sense of adventure, Lieutenant Drakes proud haughtiness and Gooses, the determined and brave little duck.
I will sing this books praises to anyone looking for a book for their children.

You can purchase this from Amazon. 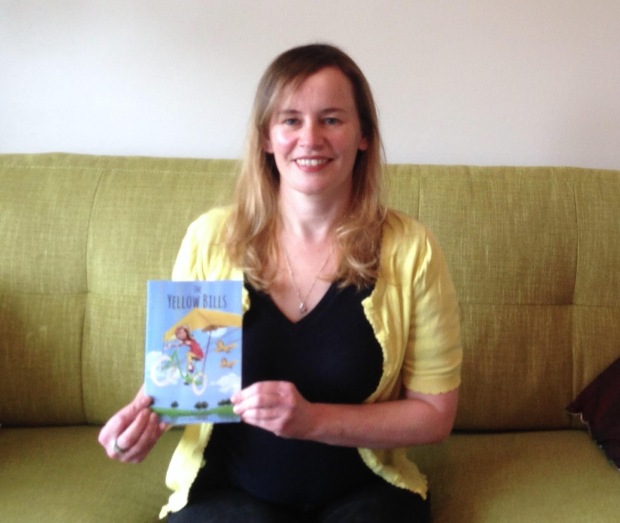 During the day Michelle works part time in an office in London and then gets home to her full time job looking after two little fab ones. Michelle has been writing stories on and off for years but The Yellow Bills is the first time she’s had the confidence to put her children’s story into print.She finds her inspiration for writing is on the train journey to and from work.When she was younger one of her favourite stories to read was (still is) Lewis Carroll’s, Alice’s Adventures in Wonderland. In fact she loved it so much she used to try and think of ways to see how she could change her name to Alice. She was about seven so had to listen to her Mum, who said she couldn’t change her name until she left home. By the time that day came she decided she didn’t mind being called Michelle after all.Michelle’s other favourite’s are Roald Dahl’s, The BFG and The Little Vampire by Angela Sommer-Bodenburg.