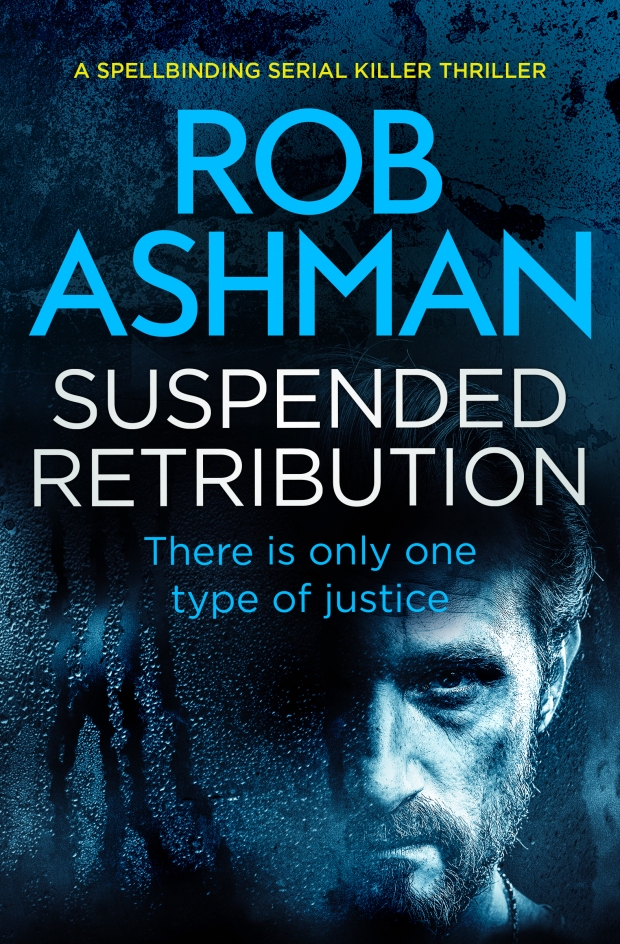 Alex Jarrod is a war veteran. When a flesh-eating parasite destroys his face, he returns from Afghanistan with a head full of nightmares. His world crumbles around him until he realises there is work to be done. Another war to fight.

DI Rosalind Kray has her hopes pinned on becoming the new DCI after tracking down another serial killer, but those in charge have other ideas.

After a small-time crook is killed in a hit and run and a serial burglar is brutally murdered, Kray suspects a vigilante is at work. But her bosses disregard her theory – until they discover a third victim.

Once again Kray finds herself on the trail of a serial killer but this one is different. This one lives in his own private war zone.

With her bosses on her heels Kray has her work cut out and the body count is rising.

I would like to thank the author, Bloodhound Books and Blog Tour organiser Sarah Hardy for the ARC in return for an honest review.

I admit I am a big fan of Rob Ashman’s DI Rosalind Kray books and so was looking forward to reading this, the latest in the series. I’m delighted to be able to say that it has lived up to my expectations and was a thrilling read from beginning to end!

Why did the novel thrill me so much? The characters! DI Kray is a great lead character, flawed, troubled, ambitious and great at her job, you just can’t help liking her. Her flaws are fascinating and her skill so obvious, you find the lack of recognition from her superiors infuriating. She is one of my favourite lead characters in the thriller genre at the moment and I am hoping this is not the last we hear from her! Then there is the killer, Alex Jarrod. Now I know you’re not supposed to like the murderer, but hands up, I was not just fascinated by him, I found myself sympathising with him. I am 100% against acts of violence, but this serial killer, traumatised by past events, is at least killing for a reason and it makes him unusual in the thrillers I have read and that makes him easier to understand.

Then there is the story itself, not as gruesome as the first two books in the series, which would make excellent reads if you have not already read them. I love the way we hear the story from both Alex’s and Kray’s point of view. It’s a theme that runs through this series of books and makes them excellent reads. Part of their appeal is the killer’s thoughts, actions and motivations are given a voice in the story and explains why I found myself sympathising with Alex’s actions. Rob Ashman, took me inside his head and allowed me to see what drove him to take the lives of others. It gave him a sense of humanity, which may not justify his actions, but help the reader to understand his anger and frustrations.

Then there is the fact it is a thrilling and exciting read from page one to the last final paragraph. Fast paced and clever, it’s a real page turner. You are never quite sure who will come out on top, because surely at some point DI Kray will meet her match, but will that be Alex?

These books can be read as standalones, but they are so enjoyable, why not read them all?

You can can purchase Suspended Retribution from Amazon

Rob is married to Karen with two grown up daughters. He is originally from South Wales and after moving around with work settled in North Lincolnshire where he’s spent the last twenty-two years.
Like all good welsh valley boys Rob worked for the National Coal Board after leaving school at sixteen and went to University at the tender age of twenty-three when the pit closures began to bite. Since then he’s worked in a variety of manufacturing and consulting roles both in the UK and abroad.
It took Rob twenty-four years to write his first book. He only became serious about writing it when his dad got cancer. It was an aggressive illness and Rob gave up work for three months to look after him and his mum. Writing Those That Remain became his coping mechanism. After he wrote the book his family encouraged him to continue, so not being one for half measures, Rob got himself made redundant, went self-employed so he could devote more time to writing and four years later the Mechanic Trilogy is the result.
When he is not writing, Rob is a frustrated chef with a liking for beer and prosecco, and is known for occasional outbreaks of dancing.
Rob published the Mechanic Trilogy with Bloodhound Books in 2017 and will be releasing three new books during 2018. These are titled: Faceless, This Little Piggy and Suspended Retribution.