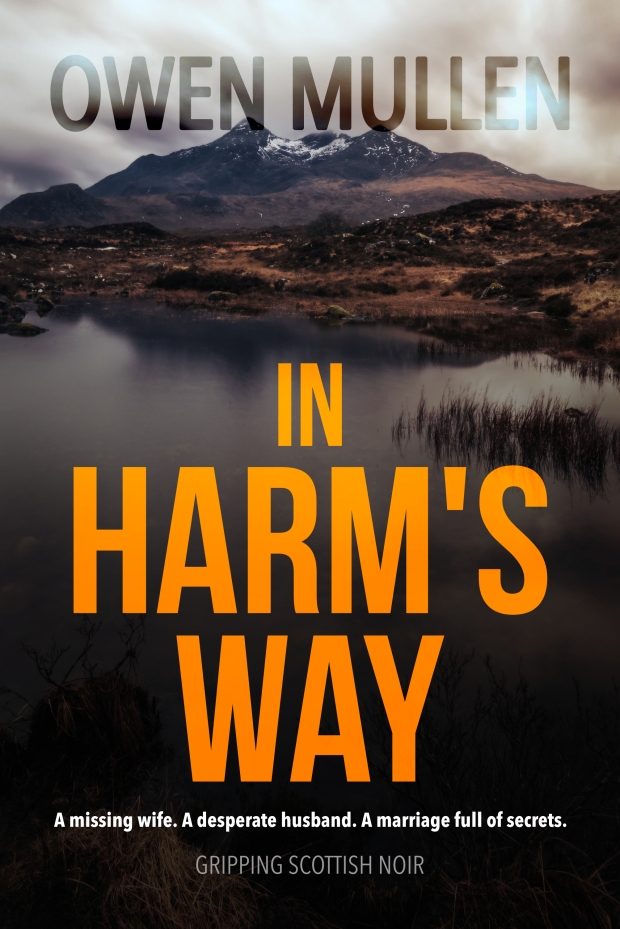 What if someone you loved was in harm’s way?

What if you were being stalked and no one believed you?

What if you were abducted in broad daylight?

What if you were held captive in a cellar?

What if your wife admitted she had a lover?

What if she went out without saying where she was going?

What if you discovered she’d left?

What if a troubled woman disappeared?

What if her brother begged you to help?

What if there was no evidence of a crime?

In Glasgow, DI Andrew Geddes puts the case to the top of his list.

I would like to thank the author, Bloodhound Books and blog tour organiser for the ARC in return for an honest review.

In Harm’s Way we have a story about families, relationships, trust and lies. It’s part thriller, part detective drama, but above all that, it is a first class study of how behind closed doors, relationships are not what they often appear to those who look from the outside in!

Now in my reviews, I often like to discuss which of the characters I liked, but in this book I struggled to really like any of them. That’s not bad, it is quite refreshing actually. I quite enjoyed finding fault with them all, in fact I loved it. Don’t get me wrong, they are not poorly written, quite the opposite, they are written with grand understanding of the faults that make them human. Fault lines run through them all and it makes them feel all too real and as such you find yourself burrowing under their skin, trying to suss out the motives for their actions.

The story kept me guessing throughout and even when the questions were answered, what would you do if someone you loved was in harm’s way, if your wife admitted to having a lover, what if a troubled woman disappeared, I was still glued to the edge of my seat; tension levels did not abate right to the very last page. It is a real roller coaster of a ride and real nail biting stuff. Deeper than that we have a story about a dysfunctional family, whose fractured relationships run like subterranean caverns below the surface of their lives. It gives the story depth and provides us with characters we can believe would miss judge those around them. The cleverness of In Harm’s Way is that it works on two levels. First the tension filled, adrenalin driven investigation and then the study of a family in crisis.

For me, this is a wonderful example of crime fiction doing what it does best, thrill the reader. Chilling, unnerving and exciting to read.

You can purchase In Harms Way from Amazon 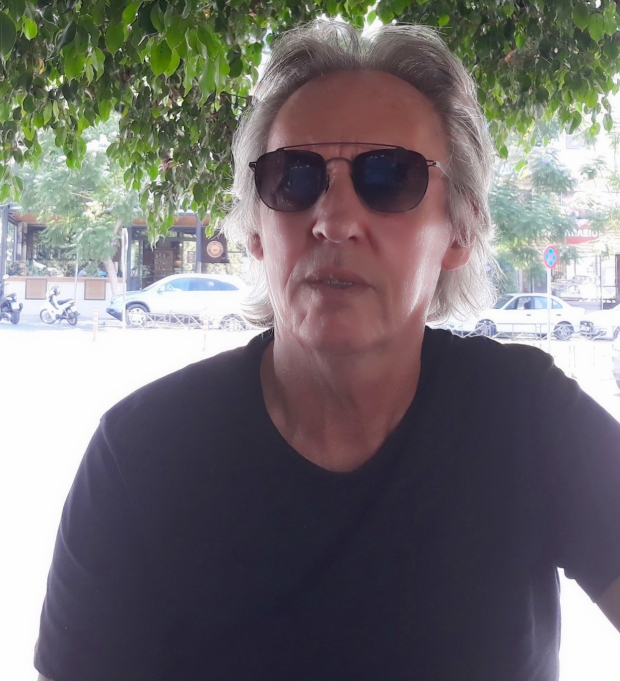 Owen Mullen is a McIlvanney Crime Book Of The Year long-listed novelist.
Games People Play will be translated for the German market.
And So It Began earned a coveted Sunday Times Crime Club Star Pick.
Owen graduated from Strathclyde University, moved to London and worked as a  rock musician, session singer and songwriter, and had a hit record in Japan with a band he refuses to name; he still loves to perform on occasion. His passion for travel has taken him on many adventures from the Amazon and Africa to the colourful continent of India and Nepal. A gregarious recluse, he and his wife, Christine, split their time between Glasgow, and their home in the Greek Islands where both the Charlie Cameron and Delaney series’ were created. His latest novel In Harm’s Way is a  psychological thriller set in Scotland.
You can follow the author on Twitter, Facebook, Instagram, YouTube and Goodreads. 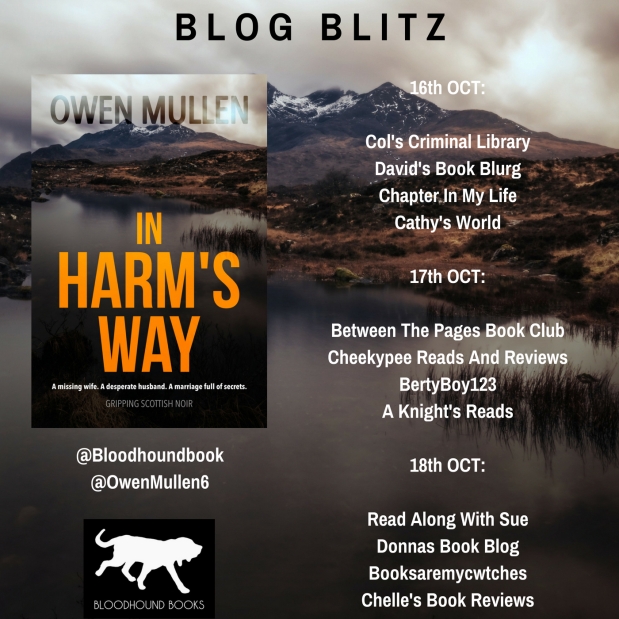