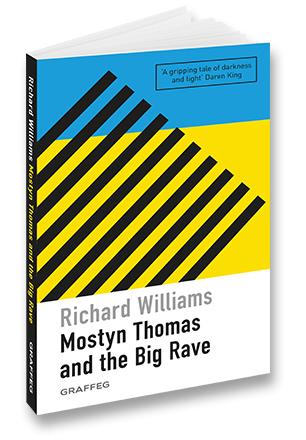 When Mostyn, an ageing Pembrokeshire farmer on the brink of bankruptcy, runs into young Jethro, his fortunes appear to take a positive turn. The pair secretly mobilise the locals of the village pub to help put on the greatest money-spinning event in the history of Little Emlyn: Lewistock. But things do not go to plan.

Moneylenders, drug dealers, the county council and the bank all set a collision course with Mostyn and Jethro. As the clock ticks down to the August Bank Holiday event and the young revellers begin to pour in from all corners of the county, the tension heats up. It’s not clear who exactly will get out alive.

Mostyn Thomas and the Big Rave pits a struggling Welsh farming community steeped in centuries of religion and tradition against the unstoppable youth movement of early 1990s rave culture with often poignant and riotous consequences.

I would like to thank the author and publisher for the ARC in return for an honest review.

.
I am very proud to host a review, for a welsh writer and his outstanding debut novel today on booksaremycwtches. Mostyn Thomas and the Big Rave by Richard Williams is part crime thriller, while also being a warm and intuitive study of human nature. It’s peppered with an incredible cast of quickly characters, dark humour and evokes images of a small welsh community in the 90s, that feels so real, it felt like I was there living the story with them.

.
It’s that very felling of being submerged in the story that I particularly liked about this book. Richard William’s writing opened up the world of Mostyn and his battle to save his way of life, threatened by money lending thugs and banking decisions made in far away Cardiff. I felt I was there in 90’s Pembrokeshire, riddled with anxiety and tension as I read, a world far from my own and worried about the safety of both Mostyn and Jethro. Though it is gripping read and the pace of the narrative keeps the anticipation over their fates building, it’s the quiet moments that made the novel for me. Those scenes such as when Mostyn sits with his old friends widow, or when the locals of the village are off drumming up numbers for the rave, that gives this novel it’s most precious thing, its sense of place. For this is very much a story about people and their lives, it’s about a community and their fight to save what is precious to them. But the world is changing around them and they are forced to embrace a crazy plan to hold onto all they hold dear, especially their very lives.

.
It made me laugh and cry in equal measure. But don’t think this is a straight forward novel about a quiet commnity, there are gentle moments, but others focus on the violence of the drug culture that the rave scene was part of. Some scenes will make you sit back and think, others will shock you. But it will always engage you and delivers a perfectly paced,  thrilling read with a strong central heart to the story.

Mostyn was my favourite character, gentle, strong and very much the centre around which the novel revolved for me. He gets himself into a real mess and through a friendship with the much younger Jethro, fights to save his farm.  His quiet nature, hides a passionate and steely determination not to let those that threaten him, take away the land that he loves and cherishes. He is the past in some respects, Jethro the future, together they are the perfect character combination.

This book is heart breaking to read in places, yet it’s also exciting, thrilling, edgey and perfectly paced.

If your looking for a thriller with a passionate Welsh soul, characters you’ll never forget, then this is the book for you. I want forget it in a very long time.

You can purchase this book from the publisher and Amazon

Richard Williams was raised on a dairy farm in north Pembrokeshire. Following a degree and masters degree in Development Studies from Exeter University and LSE respectively, Richard worked as a technical writer at the newly-created Global Fund to fight HIV/AIDS, TB and Malaria.

His later success in the restuarant industry has been balanced in recent years with creative writing courses with Anjali Joseph (UEA) and his current mentor, Daren King. 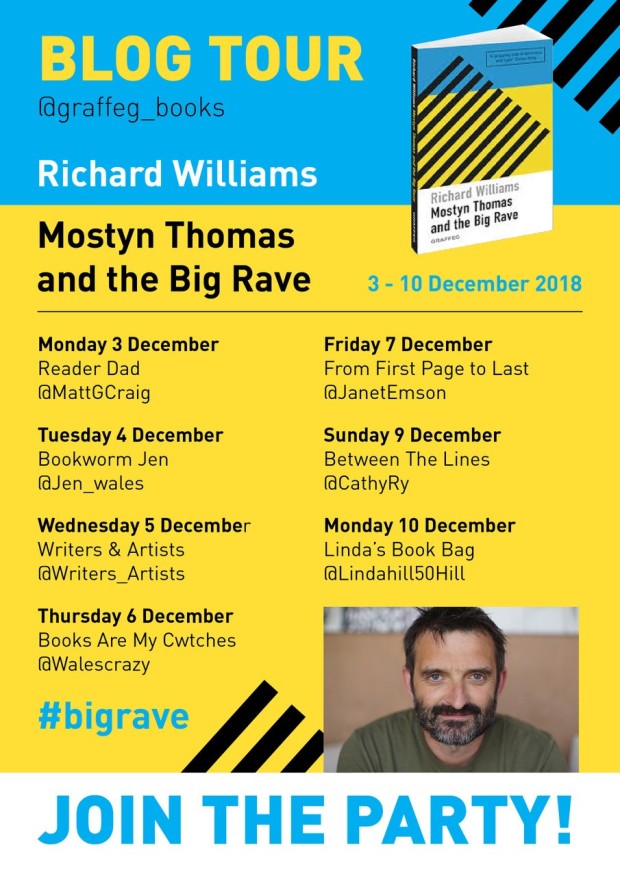