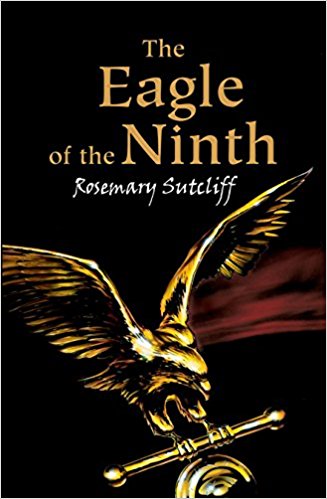 The Ninth Legion marched into the mists of northern Britain – and they were never seen again.

Four thousand men disappeared and their eagle standard was lost. It’s a mystery that’s never been solved, until now . . .

Marcus has to find out what happened to his father, who led the legion. So he sets out into the unknown, on a quest so dangerous that nobody expects him to return.

The Eagle of the Ninth is heralded as one of the most outstanding children’s books of the twentieth century and has sold over a million copies worldwide. Rosemary Sutcliff writes with such passion and attention to detail that Roman Britain is instantly brought to life and stays with the reader long after the last page has been turned. The book is also now the subject of a major film.

It was when I was thinking about the books that really inspired my love of reading as a child and young adult, that I thought about writing a short series of reviews based around them! To remind myself in a time when the world seems to be full of anger, the reason why reading became my cwtch, my safe place and remains so.

I was already a keen reader when I read Rosemary Sutcliff ‘s The Eagle of the Ninth, but reading this novel transformed me into a passionate reader. For me this story about a Roman Legion lost in the mists of time, was the forerunner of another much loved series of books Simon Scarrow’s, Cato and Macro’s novels, which started with Under the Eagle.

I loved the sense of history that filled the The Eagle of the Ninth and the tension that built up around the fate of a legion and Marcu’s quest not only to retrieve the lost eagle, but to discover the fate of his father. My childhood mind became utterly absorbed in the sense of adventure and I was transported back to Roman Britain. In the moments I was reading, the real world faded from view and I was there amongst the Roman legions and enveloped in the mists of Celtic Scotland.

This was the first time I really felt that dislocation from the real world and was utterly absorbed in the story. I had read plenty of books before this, but this was a defining moment in my reading life. As a result I read every book she had ever written and loved every single one.

If I had to list my favourite childhood writer, it would undoubtedly have been Rosemary Sutcliff. It went on to spark a love of historical fiction that is still with me, even though I don’t currently read a lot of this genre I would happily delve into it at anytime and I can trace it all back to picking The Eagle of the Ninth from the library bookshelf.

Having read it again as an adult, for me this book has stood up to the test of time, even within the exciting and blossoming genre of YA fiction. Even next to the J K Rawlings fabulous Harry Potter series, there should be a place for Rosemary Sutcliff’s novels. The same passion that J K Rawling generated in millions of young readers, Sutcliff inspired in me.

You can buy The Eagle of the Ninth from Waterstones and Amazon. 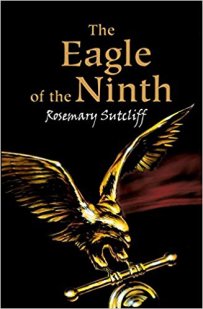 Born in 1920, she contracted the progressive wasting condition Stills disease. Spending most of her life in a wheelchair she trained as a painter of miniatures, before publishing her first children’s book in 1950; from this point in she devoted her time to writing.

You can learn more about the author on Rosemary Sutcliffe – Official Site and can find a list of her books on the Penguin Books website.