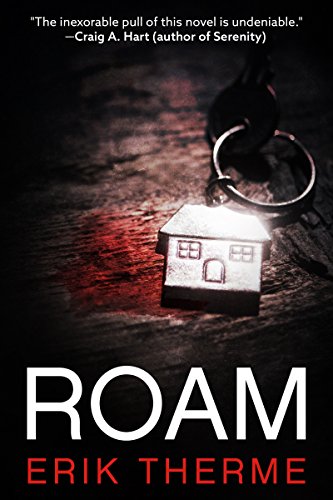 When Kevin finds Sarah stranded by the side of the road, he’s more than willing to give her a ride. Young, beautiful and distraught—she’s everything a single guy could ask for in a girl. What he doesn’t know is that she already has a guy: an abusive, drunken boyfriend who left her there in a fit of rage. And when that boyfriend comes back and finds Sarah missing, a simple ride will turn deadly.
Like Josh Gaylord and Daniel Kraus before him, author Erik Therme explores the angst of disconnected youth in his enthralling and powerful Roam. Therme’s darkly tinged novel is an unforgettable tale of three errant souls brutalized by life’s cruel circumstances, and a remarkable night of discovery and violence that will change them forever
Review
Many thanks to the author, publisher and blog tour organiser for the ARC in return for an honest review.
This dual themed book, both thriller and coming of age fiction, feels dark and threatening. It is a love story and a tale of deadly obsession. A book, which pulls you in and leaves you unnerved and just a little scared.
Why did I like it? I loved the way the theme of obsession was portrayed as almost horror like and how love is crafted from a chance encounter on the side of the road. I felt really on edge reading it, nervous, because I genuinely felt that violence could be around the next corner. As a reader it felt good to feel too scared to turn the next page. However, paradoxically it led to a compulsion to read on and on just to see if Kevin and Sarah would survive, the threats raged against them.
The other thing that is so great about this novel is the characterisation. Both Kevin and Sarah are damaged individuals, who have been abused by events and deeply dysfunctional families. Initially I found it hard to believe that two people could fall in love, find a connection in such a short period; but I came to believe in them because they are written so well, as two lost, injured souls, whom I believed would gravitate towards each in search of love and understanding.
It is full of atmosphere and I loved the way my assumptions about how the novel would end were completely blown out of the water. There are oodles of twists and turns in this novel, that you would expect from a thriller, but it was the fear that was the driving force that keep me reading. The suspense creating a heightened sense of foreboding that kept my adrenaline pumping.
It is a real page turner and a very addictive read. One I would recommend to thriller readers who enjoy an added element of fear in their reading.
You can purchase Roam from Amazon US and Amazon UK
About the author 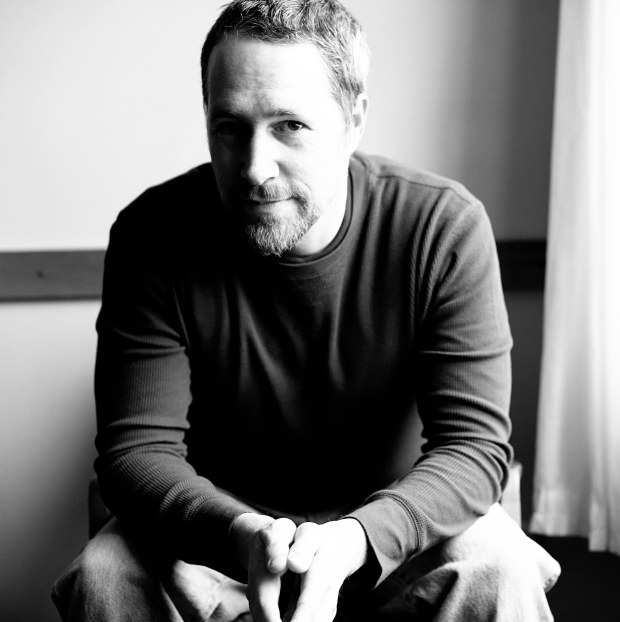 Erik Therme has thrashed in garage bands, inadvertently harbored runaways, and met Darth Vader. When he’s not at his computer, he can be found cheering on his youngest daughter’s volleyball team, or watching horror movies with his oldest. He currently resides in Iowa City, Iowa–one of only twenty-eight places in the world that UNESCO has certified as a City of Literature.
You can follow the author on –  Facebook and Twitter 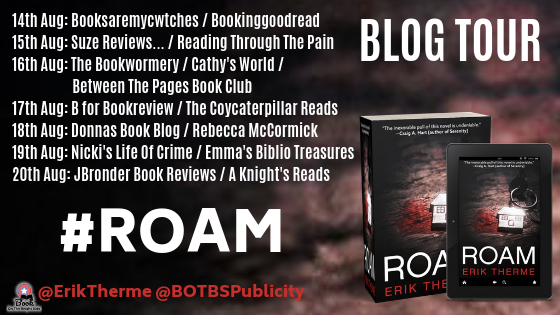 One thought on “Review ~ Blog Tour ~ Roam by Erik Therme”