Spain, 1938: The country is wracked by civil war, and as Valencia falls to Franco’s brutal dictatorship, Republican Teresa witnesses the murders of her family. Captured and sent to the notorious Las Ventas women’s prison, Teresa gives birth to a daughter who is forcibly taken from her.

Falkenberg, Sweden, 2016: A wealthy family is found savagely murdered in their luxurious home. Discovering that her parents have been slaughtered, Aliénor Lindbergh, a new recruit to the UK’s Scotland Yard, rushes back to Sweden and finds her hometown rocked by the massacre.

Profiler Emily Roy joins forces with Aliénor and her colleague, true-crime writer Alexis Castells, and they soon find themselves on the trail of a monstrous and prolific killer, in an investigation that takes them from the Swedish fertility clinics of the present day back to the terror of Franco’s rule, and the horrifying events that took place in Spanish orphanages under its rule…
Terrifying, vivid and recounted at breakneck speed, Blood Song is not only a riveting thriller and an examination of corruption in the fertility industry, but a shocking reminder of the atrocities of Spain’s dictatorship, in the latest, stunning installment in the award-winning Roy & Castells series.

‘ I don’t think there’s a crime writer who writes with such intelligence, darkness and deep sadness as Johana Gustawsson. This was extraordinary’ Louise Beech

I would like to thank the author, publisher and blog tour organiser for the ARC in return for an honest review.

Johana Gustawsson has in this the third instalment of the Roy and Castells series delivered a tour de force in thriller writing, with a historical backdrop both shocking and heart achingly hard to read on times. But read on you must, because to not  would be denying yourself a novel of great breath and herculean achievement. On one hand it is a stunningly controlled account of the atrocities of Spain’s rulers much akin to Victoria Hislop’s account of Greece’s military dictatorship in Those Who Are Loved. On the other, it is a spine chilling thriller, where the crimes of the past, come to haunt the present with horrifying consequences.

There is simply so many reasons why this book deserves on be on the bookcase of all lovers of literature.

The characters being the first. I am admittedly a die hard fan of both Roy and Castell. Strong, intelligent women, who don’t have to rely on men for their positions, because their innate intelligence and understanding of human natures at it’s darkest level, makes them perfect detectives. The men around them are not their leaders by default, but because they to, deserve their positions. Spending company with these two characters, is a pleasure, I wanted to read more about them from the first book and continue to do so. Their independence and vulnerabilities, combine together to give me characters I can both love and admire, still rare enough in modern thriller writing to make this pair icons. They represent all I want to see in modern fiction, intelligent women working as equals and not handy assistants. Nor are they left to stand still development wise, they continue to move forward. As Alexis prepares for her wedding, she comes to understand more of what this means to her without it bringing a shuddering halt to her career. While Roy we perceive as more rounded, her reticence and social awkwardness are her super powers, she and Alexis see past the layers of distortion that surround the killer and can see into the unbalanced mind that triggers such horrific killings.

The history plays a very important part in this novel and I found it equal parts fascinating and deeply troubling. As with Victotia Hislop’s novel, I was ignorant of Spain’s past. I think of the modern Spain we know so well and knew nothing of the horror that sits in its past. I revelled in the history, because it was a seamless part of the novel, and handled with such grace and sensitivity. It has haunted me enough that I want to know more, a credit to both the writer and her knowledgeable use of fact, weaving it into a story of such complexity and emotional depth.

This really is a writer at the top of her game. She gave me a novel that will sit with me for a long time. I have no worries about recommending this and the other books in the series to anyone that will listen.

Give it a read and if you haven’t read the others, read those two, because they are worth every penny you spend on them.

You can purchase this novel from Amazon and Waterstones . 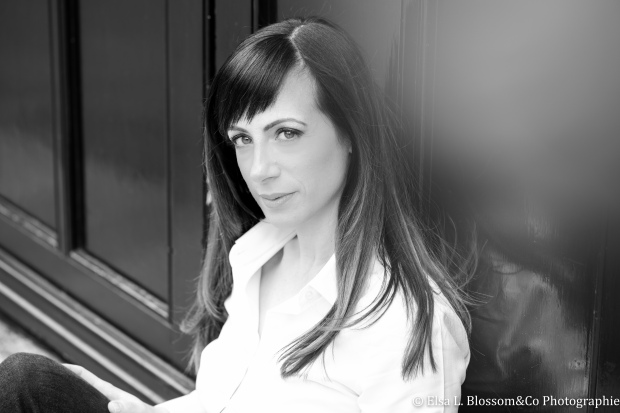 Born in Marseille, France, and with a degree in Political Science, Johana Gustawsson has worked as a journalist for the French and Spanish press and television. Her critically acclaimed Roy & Castells series, including Block 46, Keeper and, soon to be published, Blood Song, has won the Plume d’Argent, Balai de la découverte, Balai d’Or and Prix Marseillais du Polar awards, and is now published in nineteen countries. A TV adaptation is currently underway in a French, Swedish and UK co-production. Johana lives in London with her Swedish husband and their three sons.

David Warriner translates from French and nurtures a healthy passion for Franco, Nordic and British crime fiction. Growing up in deepest Yorkshire, he developed incurable Francophilia at an early age. Emerging from Oxford with a modern languages degree, he narrowly escaped the graduate rat race by hopping on a plane to Canada – and never looked back. More than a decade into a high-powered commercial translation career, he listened to his heart and turned his hand again to the delicate art of literary translation. David has lived in France and Quebec, and now calls beautiful British Columbia home.