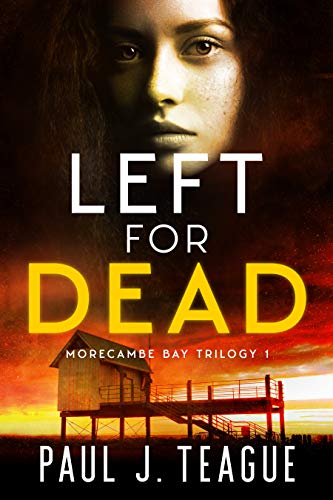 A return to the past. Two guilty secrets. A memory that won’t stay buried …

When Charlotte and Will Grayson return to the seaside resort where they met as teenagers, they hope it’ll help to heal the wounds in their marriage.

But visiting the dilapidated holiday camp where their relationship began brings terrible memories back from the past.

The man who’d once made their lives hell has come back to find them – only, the last time they saw him, they’d left him for dead on the beach.

As the threats to their new life become more severe, Charlotte and Will discover that they were mistaken about what happened to Bruce Craven on that fateful night.

And now he’s returned to finish off what was started thirty years ago.

Sometimes the past is best left alone

Left for Dead is the first book in the Morecambe Bay Trilogy.

Left For Dead was a very enjoyable, top notch thriller. It read like a dream and had oodles of tension. From the first page to the last it was a thrilling and had a storyline that was gripping and intensely addictive.

The mood it conveyed to me as a reader and one of the reasons I enjoyed it so much, was a feeling of impending danger, from the moment we meet Charlotte and Wil.  That feeling was built upon as the story progressed and it meant that it was hard to put the book down, the sense of unease following me around, meant I felt an intense need to swallow it all up in one sitting. That was the only way I could only be sure that my feelings of imminent jeopardy were right or wrong!

The story itself was complex and had just the right amount of supporting characters, not enough to make is impossible to follow, but ample to have me constantly and incorrectly blaming each in turn for visiting such danger on the Charlotte and Wil. The writer had me wrong footed on each twist in the storyline, so when the reveal actually happened I was caught off guard.

All in all, I found it a highly enjoyable read. I’ve been finding it hard to read lately and that this book kept me turning the pages, summed up how good it was.

You can purchase this novel from Amazon.

Book 2 is Circle of Lies and will be published on Monday 9th December 2019.

Book 3 is Truth Will Out and will be published on Monday 6th January 2020. 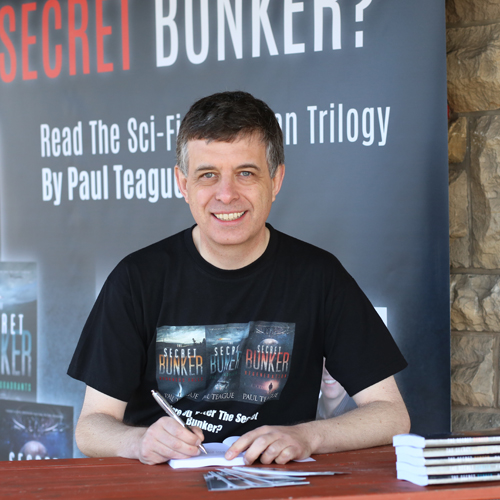 Writing as Paul J. Teague, he is the author of the Don’t Tell Meg trilogy as well as several standalones such as Dead of Night, Two Years After, Now You See Her (with Adam Nicholls) and So Many Lies.

His latest thriller trilogy is set in the coastal town of Morecambe in the UK.
Paul studied, lived and worked in Lancaster and Morecambe between 1983 and 1991 and the books draw from his personal experiences and knowledge of the area.

The first book – Left for Dead – is released in November 2019 and the follow-ups – Circle of Lies and Truth Will Out – will be published in December 2019 and January 2020 respectively. 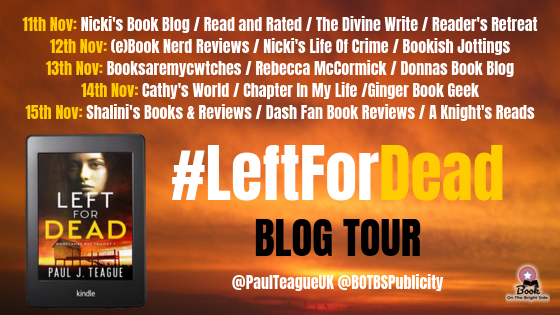