There are so many wonderfully talented female authors out there and I wanted to feature some of my favourites on booksaremycwtches.

From the moment I read the The Miniaturist by Jessie Burton I knew I had found a new favourite author. This novel was dark, full of mystery and incredibly imaginative and I fell head over heels in love with it and the writing.  A tale about love, obsession and loss, it was an incredible debut.

I opened up her second book The Muse with some trepidation wondering if I would love it as much as The Miniaturist and I did. Jessie Burton simply writes incredible novels full of perfectly formed characters and stories of rich intricate detail and stories that stay with me years after I have read them.

I need to find time to read the The Confession next! 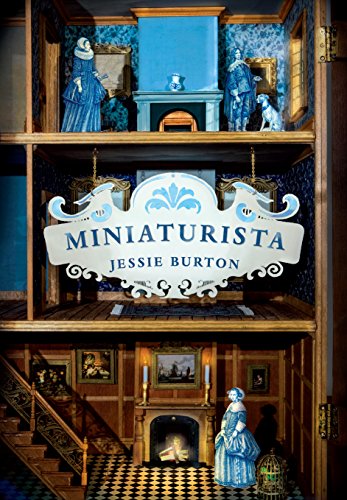 There is nothing hidden that will not be revealed . . .
On an autumn day in 1686, eighteen-year-old Nella Oortman knocks at the door of a grand house in the wealthiest quarter of Amsterdam. She has come from the country to begin a new life as the wife of illustrious merchant trader Johannes Brandt, but instead she is met by his sharp-tongued sister, Marin. Only later does Johannes appear and present her with an extraordinary wedding gift: a cabinet-sized replica of their home. It is to be furnished by an elusive miniaturist, whose tiny creations mirror their real-life counterparts in unexpected ways . . .
Nella is at first mystified by the closed world of the Brandt household, but as she uncovers its secrets she realizes the escalating dangers that await them all. Does the miniaturist hold their fate in her hands? And will she be the key to their salvation or the architect of their downfall?

On a hot July day in 1967, Odelle Bastien climbs the stone steps of the Skelton gallery in London, knowing that her life is about to change forever. Having struggled to find her place in the city since she arrived from Trinidad five years ago, she has been offered a job as a typist under the tutelage of the glamorous and enigmatic Marjorie Quick. But though Quick takes Odelle into her confidence, and unlocks a potential she didn’t know she had, she remains a mystery – no more so than when a lost masterpiece with a secret history is delivered to the gallery.
The truth about the painting lies in 1936 and a large house in rural Spain, where Olive Schloss, the daughter of a renowned art dealer, is harbouring ambitions of her own. Into this fragile paradise come artist and revolutionary Isaac Robles and his half-sister Teresa, who immediately insinuate themselves into the Schloss family, with explosive and devastating consequences . . . 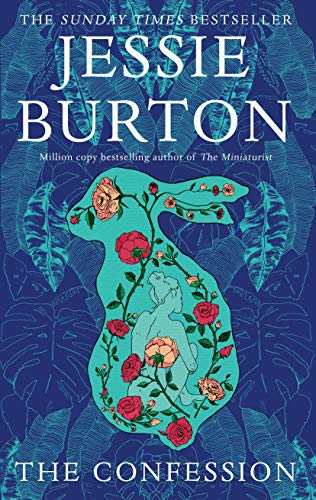 One winter’s afternoon on Hampstead Heath in 1980, Elise Morceau meets Constance Holden and quickly falls under her spell. Connie is bold and alluring, a successful writer whose novel is being turned into a major Hollywood film. Elise follows Connie to LA, a city of strange dreams and swimming pools and late-night gatherings of glamorous people. But whilst Connie thrives on the heat and electricity of this new world where everyone is reaching for the stars and no one is telling the truth, Elise finds herself floundering. When she overhears a conversation at a party that turns everything on its head, Elise makes an impulsive decision that will change her life forever.
Three decades later, Rose Simmons is seeking answers about her mother, who disappeared when she was a baby. Having learned that the last person to see her was Constance Holden, a reclusive novelist who withdrew from public life at the peak of her fame, Rose is drawn to the door of Connie’s imposing house in search of a confession . . .

There are many places that you can purchase these wonderful books from, such as Amazon and Waterstones.
But why not consider ordering from your local indie bookshop, many of whom have kept us all supplied with books during this difficult time. So why not get in contact with yours and order one of Jessie Burton’s fabulous books.

Jessie Burton is the author of the Sunday Times bestselling novels The Miniaturist, The Muse, and The Confession, and of the children’s book The Restless Girls. Her novels have been translated into 38 languages, and she is a regular essay writer for newspapers and magazines.

The Miniaturist was a Sunday Times number 1 bestseller in both hardback and paperback, and a New York Times bestseller. It sold over a million copies in its first year of publication, and was awarded the Waterstones Book of the Year, and Book of the Year at the National Book Awards. In 2017 it was adapted into a major TV series for BBC One.

The Muse was a Sunday Times number 1 bestseller in both hardback and paperback, and has sold more than 500,000 copies.

The Confession is Jessie’s third novel, and became an immediate Sunday Times bestseller.