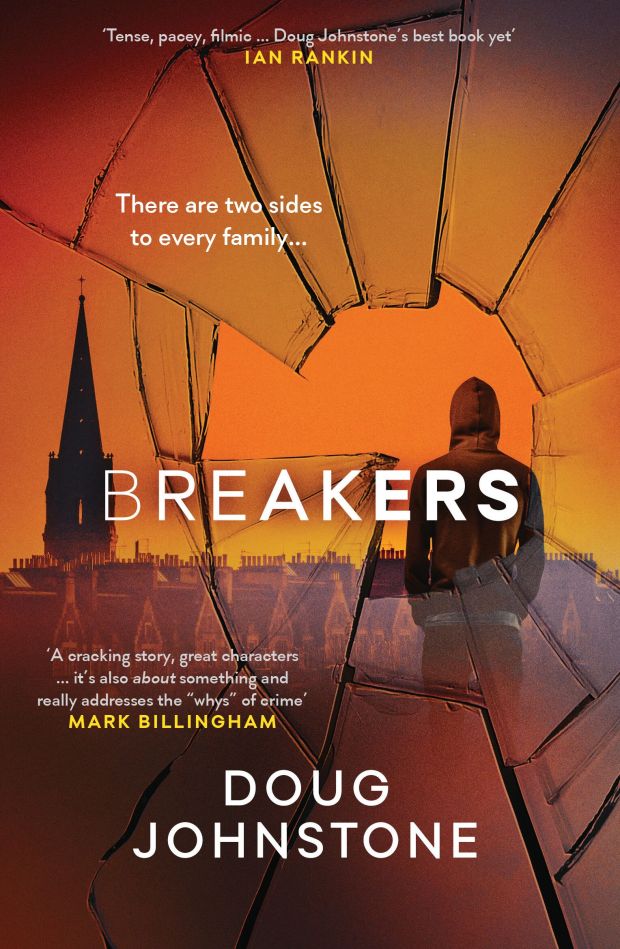 Seventeen-year-old Tyler lives in one of Edinburgh’s most deprived areas. Coerced into robbing rich people’s homes by his bullying older siblings, he’s also trying to care for his little sister and his drug-addict mum. On a job, his brother Barry stabs a homeowner and leaves her for dead, but that’s just the beginning of their nightmare, because the woman is the wife of Edinburgh’s biggest crime lord, Deke Holt. With the police and the Holts closing in, and his shattered family in devastating danger, Tyler meets posh girl Flick in another stranger’s house, and he thinks she may just be his salvation … unless he drags her down too. A pulsatingly tense psychological thriller, Breakers is also a breathtakingly brutal, beautiful and deeply moving story of a good kid in the wrong family, from one of Scotland’s finest crime writers.

Doug Johnstone is one of my favourite authors and so today I am re sharing my review of Breakers, originally reviewed on booksaremycwtches in May 2019.

What can I say about this book, other than it is bloody fantastic.  It had me engrossed throughout. The story is all too plausible and full of the gritty reality of life on the edge of a city, tucked away from the romance of Edinburgh tourist laden streets.

The atmosphere is incredible, you can feel the tension ebbing off the pages, the threatening events and living nightmate than envelopes Tyler and his family.  I was so engrossed in the story, I forgot to turn out the lights at night and get some sleep. It all felt so real that when I did, I’m struggled to sleep, because I felt so unnerved and the slightest noise had me wondering who might be around.  For me that’s the mark of a top notch thriller, when it gets so far under your skin and sets the nerve endings firing on all cylinders.

On top of this, the story is quite moving in places. Tyler is forced into crime by an brutal brother, while caring for his little sister and drug addicted mother and his situation is written with a understanding of what poverty and hopelessness can do to a underclass robbed of all hope. Tyler is written with a survival instinct as part of his very being, which is sad because a child should never have to face the horror and violence which is part of his very existence. I found it near impossible to judge him for some of his actions, so nuanced was the writing and so real he felt to me as a reader.

Superb in its ability to distract me from real life troubles, addictive in that I found it near impossible to put down, Breakers by Doug Johnstone will certainly feature in my favourite reads of 2019.

You can purchase this novel from Amazon and Waterstones 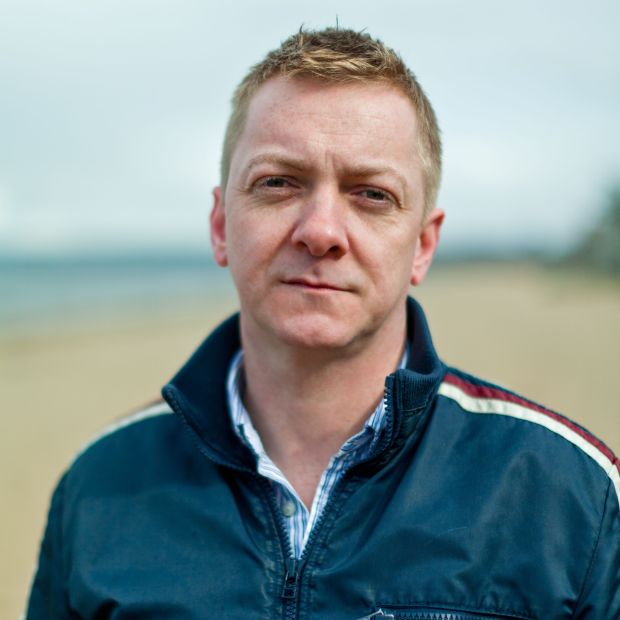 Doug Johnstone is an author, journalist and musician based in Edinburgh. He’s had eight novels published, most recently Fault Lines. His previous novel, The Jump, was a finalist for the McIlvanney Prize for Scottish Crime Novel of the Year. Several of his other novels have been award winners and bestsellers, and he’s had short stories published in numerous anthologies and literary magazines. His work has been praised by the likes of Ian Rankin, Val McDermid and Irvine Welsh. Several of his novels have been optioned for film and television. Doug is also a Royal Literary Fund Consultant Fellow. He’s worked as an RLF Fellow at Queen Margaret University, taught creative writing at Strathclyde University and William Purves Funeral Directors. He mentors and assesses manuscripts for The Literary Consultancy and regularly tutors at Moniack Mhor writing retreat. Doug has released seven albums in various bands, and is the drummer for the Fun Lovin’ Crime Writers, a band of crime writers. He also reviews books for The Big Issue magazine, is player-manager for Scotland Writers Football Club and has a PhD in nuclear physics. Follow him on Twitter @doug_Johnstone and visit his website: dougjohnstone.com.

One thought on “Review ~Breakers by Doug Johnstone.”