On a warm September morning, an unconscious man is found in a cage at the entrance to the offices of one of the biggest German newspapers. Closer inspection shows he is a manager of the company, and he’s been tortured. Three days later, another manager appears in similar circumstances.

Chastity Riley and her new colleague Ivo Stepanovic are tasked with uncovering the truth behind the attacks, an investigation that goes far beyond the revenge they first suspect … to the dubious past shared by both victims. Travelling to the south of Germany, they step into the hothouse world of boarding schools, where secrets are currency, and monsters are bred … monsters who will stop at nothing to protect themselves.

A smart, dark, probing thriller, full of all the hard-boiled poetry and acerbic wit of the very best noir, Beton Rouge is both a classic whodunit and a scintillating expose of society, by one of the most exciting names in crime fiction.

Today as part of a month long celebration of Orenda October, I am once again sharing my review of Baton Rouge.

Chastity Riley is back and what an absolute joy it is!

If I was to list why this book is for me, such a phenomenal read, at the top of that list would be Chastity and all of the other bold and unique characters that fill the pages of Beton Rouge.  She commands the reader’s attention throughout, she young, she is acerbic, drinks and smokes too much, with a fractured personal life. I find her utterly fascinating and easy to like and I can’t ever imagine tiring of spending time in her company.   Bold characters like Chastity, give stories a strength to revolve the narrative around, classic characters that become fan favourites, never merging into the background, but not overpowering the story.  She is the kind of character your never going to forget! She is feisty, smart and has a talent for finding trouble, with a life fraught with questionable choices.

Then there is the writing. Its snappy, with short, crisp chapters, which lend themselves well to this very modern novel.  It creates the perfect atmosphere. As Chastity and her new colleague race against time to find the person responsible,  for placing the men in cages outside a German Publishing company, those fleeting chapters help to create a sense of edginess in the reader. They heighten a sense of disquiet and help the story to flow faster and your left with the feeling you to are rising against time.

The story is strong and bold. I loved the way it looks at how society treats those that are different and creates from that a classic whodunit about cruelty and retribution.  It paints and image of a shadowy city, dismal and unpredictable, creating at atmosphere where I as a reader felt danger lurking around every corner. It cleverly takes the reader down into the bowels of the city and behind the tortured mind of a protagonist bent on punishing his enemies.

If I hadn’t had to work, I would never have put down, so gripped was I by story.

Without doubt this book is a fitting follow-up to Blue Night and carries on the obvious talent the writer showed in the first novel.

Special mention must go to the translator Rachel Ward, who with great skill translates this novel into English.

You can purchase this novel from Amazon and Waterstones.

I would like to thank the author, publisher and blog tour organiser for the ARC of this book in return for an honest review. 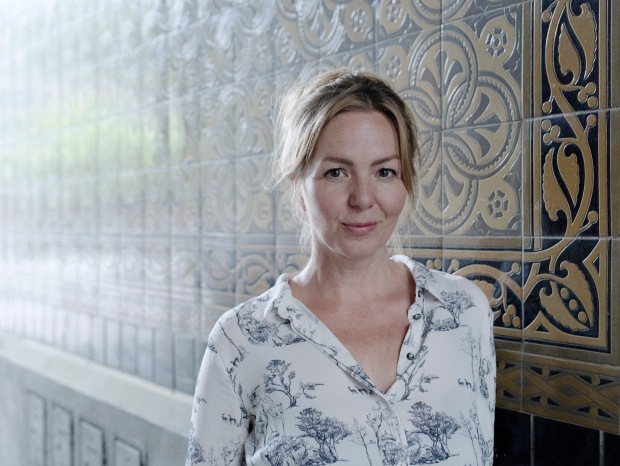 Simone Buchholz was born in Hanau in 1972. At university, she studied Philosophy and Literature, worked as a waitress and a columnist, and trained to be a journalist at the prestigious Henri-Nannen-School in Hamburg. In 2016, Simone Buchholz’s Blue Night  was awarded the Crime Cologne Award, and runner-up for the German Crime Fiction Prize. The next in the Chastity Riley series, Beton Rouge, won the Radio Bremen Crime Fiction Award and Best Economic Crime Novel 2017, and Mexiko Street (published in 2020 by Orenda Books) won the most prestigious crime fiction award in Germany in 2019. Simone lives in Sankt Pauli, in the heart of Hamburg, with her husband and son. Follow Simone on Twitter @ohneKlippo and visit her website: simonebuchho.

Rachel Ward translates from German and French to English. Having always been an avid reader and enjoyed word games and puzzles, she discovered a flair for languages at school and went on to study Modern Languages at the University of East Anglia. She spent the third year working as a language assistant at two grammar schools in Saarbrücken, Germany. During her final year, she realised that she wanted to put these skills and passions to use professionally and applied for UEAs MA in Literary Translation, which she completed in 2002. Her published translations include the Nea Fox series of crime novels by Amelia Ellis, and books for young people such as Traitor by Gudrun Pausewang and Red Rage by Brigitte Blobel.
Blog – adiscounttickettoeverywhere.wordpress.com
Twitter –  @FwdTranslations
Website –  www.forwardtranslations.co.uk