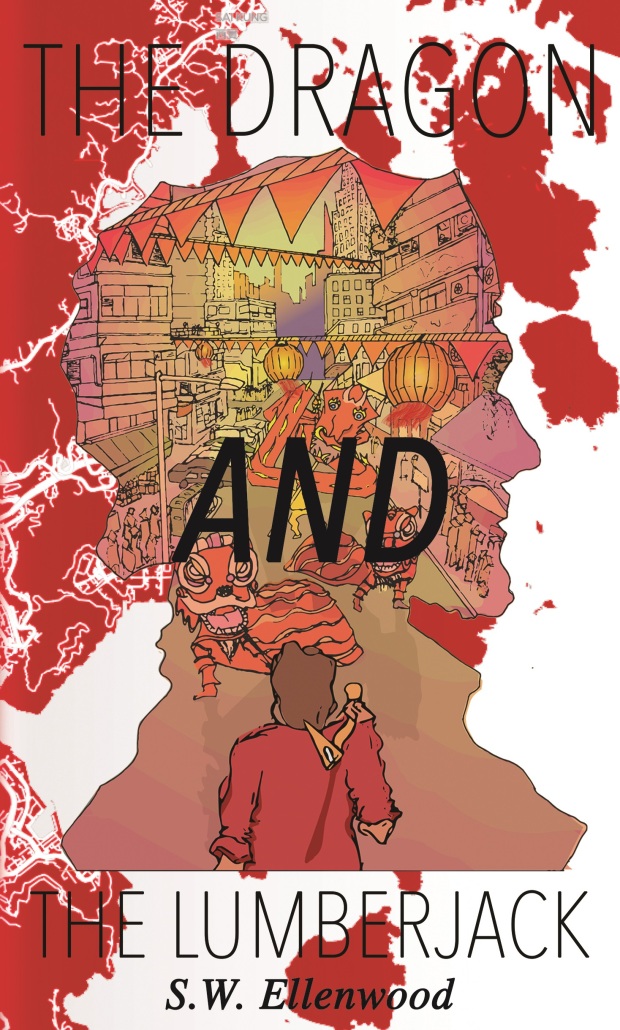 The Dragon and the Lumberjack

Thomas feared he played Jack too well…
The sequel to S. W. Ellenwood’s debut novel, The Janitor and the Spy, picks up six months after Thomas Thornhill’s nightmare mission in Amsterdam. On his own, he now goes under the alias of Jack Montferrand and seeks to gain entry into the oldest and most dangerous triad in Asia to find Them.
On the inside, he found the triad not as stable as he thought, forcing him to prove his trust and worth to them at every turn as new rivals sprout up. He plunges his hands deeper into the filth and the alias of Jack where he starts to wonder where Thomas ends and Jack begins.

I’m delighted to welcome author S W Ellenwood to booksaremycwtches with an extract from The Dragon and the Lumberjack..

3. “Damn! You Americans can sleep through anything,” Lei Lei commented loudly, waking Jack up from his nap on the pool table.
Jack laughed, but it turned into a wheeze of pain as he sat up from laying on his chest for hours.
“Need me to rub some lotion on it?” Lei Lei said as she placed a plastic bag with a yellow smiley face on the table.
Jack laughed the question away. “Thanks for the food. How long have I been asleep?” Jack opened the plastic bag and took out the white Styrofoam box.
“I don’t know,” Lei Lei said, “probably a couple of minutes because I ran into Ink on the way up here, which is why I came.” She leaned on the pool table as Jack ate. “I was hoping to catch you alone to ask you some of my own questions.” She leaned closer to Jack, and he noticed her sharp green eyes. “How does a sexy man like you end up in such a dirty business like this and so far away from home?”
“I pissed the wrong people off.”
She raised an eyebrow, her face still coming closer. Jack wanted to back away, but the thoughts of upsetting the sister of the Dragon Head didn’t go well in his mind. “My, they must have been pretty mad to make a big man like you run.” Her voice slowed, and his heart raced.
“Well, they weren’t that mad.” Jack’s stomach growled.
Lei Lei smiled. “We will continue that conversation later. You go ahead and eat.” She stood back up.
Relief washed over Jack. “Thanks, I am a bit hungry.” Lei Lei sat at a table and watched Jack eat. “So, how does it look?”
“Pretty good,” commented Li as he entered the lounge. “Ink still has it.”
“It never left him, like you,” commented Lei Lei.
Li flipped her off. “Can we get going on with our business?” said Li, obviously wanting to move the conversation forward.
“What business?” asked Jack taking another bit of his Orange Chicken.
“Red Pole business. Did Lóng tell you not to be an ass?” Lei Lei asked Li.
“Yes mother,” said Li. “He told me all the details too, so you don’t have to worry.”
“Can I at least finish my food?” Jack said, a tad bit bothered.
“We will have food at the meeting,” snapped Li.
“Can I at least see what my new tattoo looks like?” Jack got up from the pool table.
“Turn around,” Lei Lei ordered as she whipped out her phone and took a picture of Jack’s tattoo. Jack put his shirt back on, then looked at the picture. He was impressed by the speed and detail that Ink did it in, though it had taken the majority of the day. No one would have known that though by just looking at it. The dragon’s wingless body slithered up Jack’s spine towards his head. Its red scales resembled the color of blood eerily well.
“Ready now?” Li stood next to the back exit.
Jack gave Lei Lei her phone back. “Yeah.”
“Don’t be a stranger,” said Lei Lei as Li and Jack walked out.

You can purchase The Dragon and the Lumberjack from Amazon UK and US. 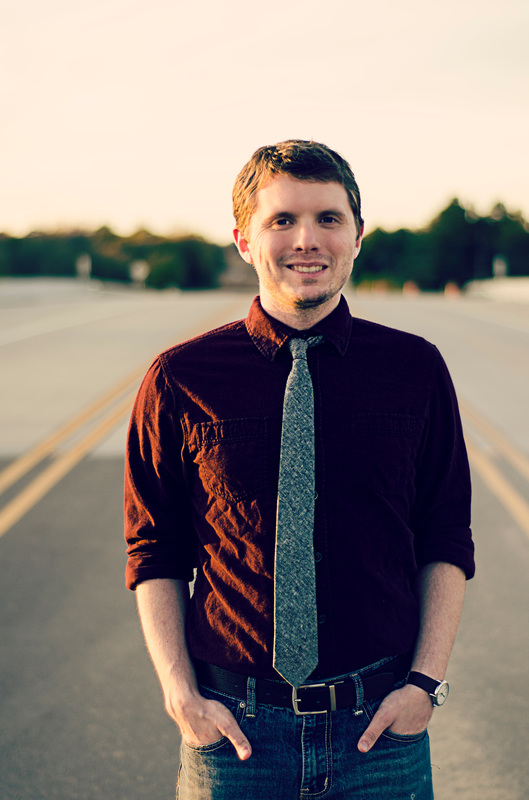 S. W. Ellenwood is thankful to have a close-knit family of two parents, a brother, and two sisters. A homeschooler who graduated college from the University of Arkansas – Fort Smith, Ellenwood loves all forms and genres of stories and was inspired by The Lord of the Rings films and his parents to write. You can find Ellenwood writing his next novel at the local coffee shops or playing table top games with his best friends. 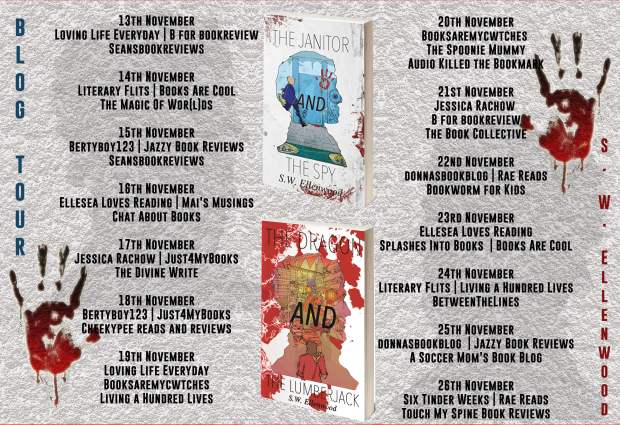