From the author of THE UNSEEING comes a sizzling, period novel of folk tales, disappearances and injustice set on the Isle of Skye, sure to appeal to readers of Hannah Kent’s BURIAL RITES or Beth Underdown’s THE WITCH FINDER’S SISTER.

Longlisted for the 2018 Highland Book Prize

Audrey Hart is on the Isle of Skye to collect the folk and fairy tales of the people and communities around her. It is 1857 and the Highland Clearances have left devastation and poverty, and a community riven by fear. The crofters are suspicious and hostile to a stranger, claiming they no longer know their fireside stories.

Then Audrey discovers the body of a young girl washed up on the beach and the crofters reveal that it is only a matter of weeks since another girl disappeared. They believe the girls are the victims of the restless dead: spirits who take the form of birds.

Initially, Audrey is sure the girls are being abducted, but as events accumulate she begins to wonder if something else is at work. Something which may be linked to the death of her own mother, many years before.

I would like to thank the author, publisher and blog tour organiser for the ARC in return for an honest review.

It is only the 16th day of the New Year, but I already know that this beautifully written story will be amongst my favourite reads of 2019.

Why? For many reasons!

I loved the beauty of the story itself, which was light and delicate, yet full of brooding atmosphere. With a dark, gothic and opulent feeling to the writing, which brought alive the sense that whatever was afflicting the people of Skye, also seeped into the mind of the reader. I was so engrossed in the story that the real world outside of its pages drifted out of focus. Leaving the story felt like a terrible wrench and returning to it a pleasure to be treasured and luxuriated in. Beautifully written by Anna Mazzola, it takes us back to a world where women are still confined by male prejudices and to a small island community so buffeted by devastating poverty, they look to the fireside stories past down by generations of islanders, seeking answers to events they can’t explain.

The story is full of an amazing collection of characters, such as Aubrey Hart who in defying those that seek to control her is the personification of intelligent, sensitive and creative women. Her bravery and resilience takes her into danger, but she never stops wanting to solve the mystery of the missing girls. I defy anyone not to either love or admire her. As amazing as she is, it’s one of the more minor characters that seared themselves into my heart, Miss Buchanan, who may be dismissed as harsh and overly critical at the beginning, but is revealed as far more than that, though I leave you to decide if that is in a good or bad way. It says so much about this captivating page turner, that the main character is complex and engaging, but so are those characters that form the ensemble cast.

The atmosphere is dark and oppressive on times, with a brooding menace that sent shivers down my spine. Yet it was impossible to not read on, worried about Aubrey’s fate, the story draws you into its embrace and wills you to keep reading. That ominous feeling that engulfs you as the reader also pervades the very land the story is set in, the Island of Skye. It sits front and centre of the story and is as much a part of it, as Aubrey and Miss Buchanan.

The Story Keeper is part historical fiction, part mystery, part suspense thriller and it’s a hard combination to pull off, but Anna Mazzola achieves it by enthusing her story with beautifully written characters, a ominous atmosphere that wraps itself around the reader and a story so beautifully told that it was a wrench to turn the last page, knowing that will be the end. I for one will not forget it easily and believe its power to captivate lies in its breathtaking characters and a finely woven mystery that beguiles you at every turn.

This dazzling, often creepy tale, will be one I will recommend to anyone who cares to listen and will certainly be one I buy as presents for family and friends.

You can purchase the novel from Amazon and Waterstones 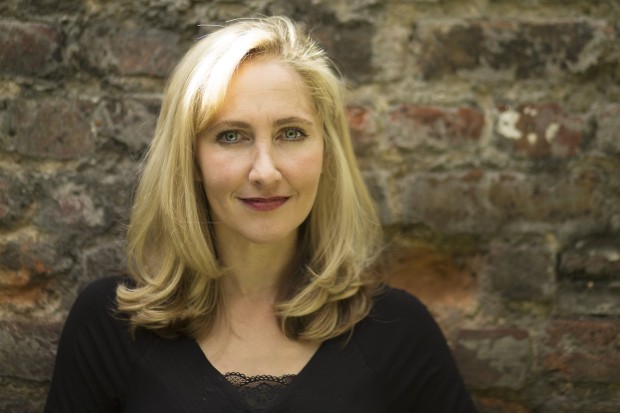 Anna is a writer who, due to some fault of her parents, is drawn to peculiar and dark historical subjects. Her novels have been described as literary crime fiction or historical crime. Anna’s influences include Sarah Waters, Daphne Du Maurier, Shirley Jackson and Margaret Atwood.

Her debut novel, The Unseeing, is based on the life of a real woman called Sarah Gale who was convicted of aiding a murder in London in 1837. Her second novel, The Story Keeper, follows a folklorist’s assistant as she searches out dark fairytales and stolen girls on the Isle of Skye in 1857.

She studied English at Pembroke College, Oxford, before becoming a human rights and criminal justice solicitor. She now tries to combine law with writing and child wrangling, to varying degrees of success.

Anna loves to hear from readers, so do say hello on social media or via her website. 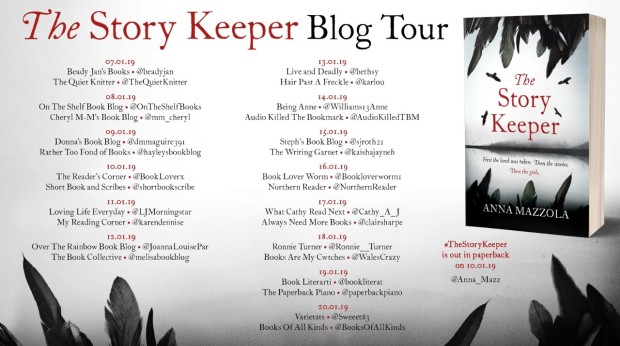